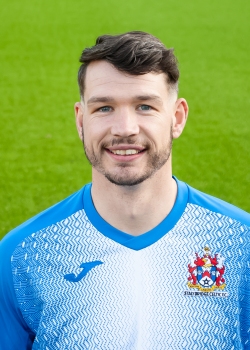 Declan joins us this season from Welsh Premier League side, Aberystwyth, where he was captain and top scorer in the 2018/19 season as well as being a regular fixture in the starting line up. With 14 goals from right back, he is set to be an exciting addition to the Celtic line up. He was an important player for Aberystwyth, scoring the winning goal against Bala Town in the Welsh Cup Final. He came through the youth ranks at Wrexham going on to make 19 appearances whilst Wrexham were in the National League. His international career for Northern Ireland was curtailed by injury in 2013, after impressing twice in 2010 for the under-19s appearing against Ukraine.
Photographer