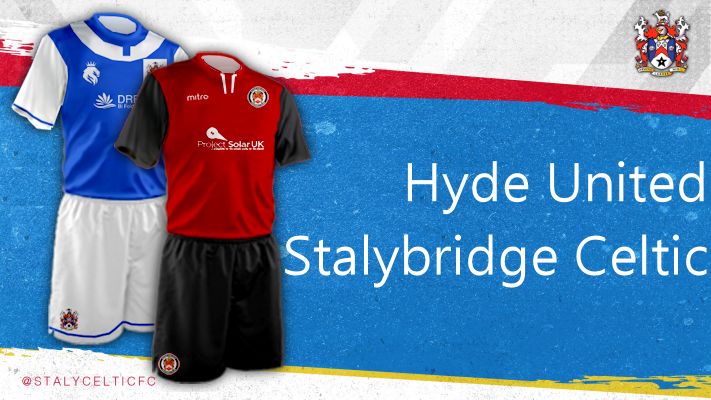 Honours Even in the Derby
By Debbie Taylor 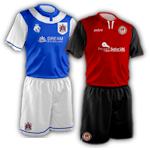 A blood and thunder Derby to round off Celticâ€™s away matches saw Celtic score twice in ten minutes, but an equaliser from Hyde midway through the second half left honours even.

Celtic had the early running, with Justin Johnson going close, with a sliced shot into the side netting, before the home side got into gear and threatened with Harry Prattâ€™s cracker requiring a good stop from Grant Shenton, but a mix up at the back allowed Hyde to edge in front, Harry Ditchfieldâ€™s floated cross and Ed Brown wrapped his body around Keenan Quansah to direct his head back across Shenton.

Celtic came back strongly though Jake Burton, though both his shots missed the target and he got bruised for his efforts. Stephen Brogan looping shot cleared the bar and his free kick took a deflection off Callum Spooner to narrowly miss the target. The half ended with both sides missing free kicks, Brogan for Celtic and Spooner for Hyde.

The second half started with Celtic at full speed. Josh Edwards cut inside, but dragged his shot wide, before Justin Johnsonâ€™s rocket from the edge of the box was denied by the hand of Bradley Roscoe. Johnson took the penalty, burying it into the back of the net and putting Celtic back on level terms. Nine minutes later, and Celtic were ahead. Stephen Broganâ€™s free kick, Keenan Quansah arriving at pace to plant his header firmly down towards goal, straight through the legs of Hydeâ€™s custodian, Joe Green.

Charley Doyle, on for Burton, almost headed in what would have been the winner, latching onto Dougie Nyaupembeâ€™s cross, but the ball flew agonisingly wide, whilst Bradley Roscoe almost made up for his conceded penalty, heading a corner the wrong side of the post. After calls for a foul on Doyle went unheeded, Ditchfield took advantage to race forward and loft in a cross for Harry Pratt at the back post who lifted his header over Shane Killock to restore parity.

Johnsonâ€™s acrobatic scissor kick from Broganâ€™s cross required a very good stop from Green, though his free kick was more easily caught and as the game went into stoppage time, the pressure all came from the home side, Pratt twice going close to winning it for Hyde, Killock blocking on the line after Shenton was beaten, and then, in the dying moments, Pratt thankfully failed to connect, rolling the ball back to Shenton. Despite three stoppage time corners, Celtic stood firm and the game finished honours even.