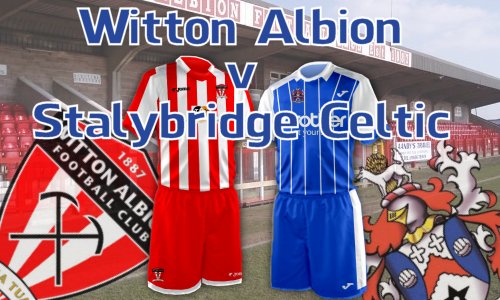 Celtic Lose Away At Witton
By Debbie Taylor 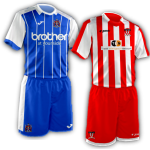 The opening ten minutes had the fans begging for something to happen, and it did, eventually, on the quarter hour when James Foley's low corner was met at the near post by former Celt, Nick Ryan, who turned the ball past stand-in keeper, Craig Ellison.

Ellison made up for it with a cracking stop denying Rob Hopley moments after Hopley had blasted wide when in a decent position. However, Celtic were undone again by a long-throw into a crowded box. Will Jones was inches out and powered his header past Ellison, who could only flap at the ball.

Celtic started to wake up putting together their own moves, but it was too late. Liam Dickinson will have recurring nightmares on how he missed pulling one back at the half hour mark, Aidan Chippendale's ball in finding him inches from the goal, with Ryan Nield out of position, and Dickinson lifted the ball over the bar. After Ellison pulled off a cracking stop to deny Jones from distance, Dickinson again got an opportunity, flicking Chippendale's cross across the face and wide, whilst his strike partner, John Cofie, rode the challenges, but at the near post couldn't get the power to beat Nield.

Just before the interval, a loose ball in the middle of the park was slid in for by Danny Morton and Will Jones. Morton got there first, but Jones's lunge was such that Morton had to lift his foot, or risk serious injury, and in doing so injured Jones and still got injured himself. The raising of the foot, although arguably defensive, warranted a straight red.

Surprisingly, Celtic started the second half looking much brighter than the hosts, who may have thought the game was won. Oli Roberts had other ideas with a free kick straight out of David Beckham's repertoire, curling it up and over and down past the wall and into the top corner with Neild nowhere near reaching it.

Chippendale nearly equalised with a curling shot from the corner of the box that sailed the wrong side, then put in a superb ball that left Neild stranded. Dickinson was the closest, but seemed so surprised to find the ball at his feet that Ryan was able to clear.

The game was won when Oli Roberts stole the ball (cleanly) from Rob Hopley; Hopley swung at air and fell over. The only person in Cheshire who thought it was a penalty was the referee. It was duly given and another former Celt, Steve Tames stepped up and put the ball past Ellison.

It could have been worse when Danny McKenna's corner curled in and hit the woodwork, but did get worse when Hopley beat the off-side trap and went one-on-one, forcing a cracking stop from Ellison, the ball coming back to Foley, but Luke Ashworth was between him and goal, the rebound coming back out to Hopley who saw his legs taken from under him with a sliding tackle that was a penalty. Tames went the same way as the first penalty, as did Ellison, resulting in a fourth for Witton.

The last fifteen minutes was mainly all Albion attacking. Tames was denied by Ellison and Prince Heywood's forty yard dipping volley was just wide being the best of the half dozen chances. Celtic did also get opportunities, but Roberts fired over the bar from thirty yards and Dickinson's free kick was narrowly wide.