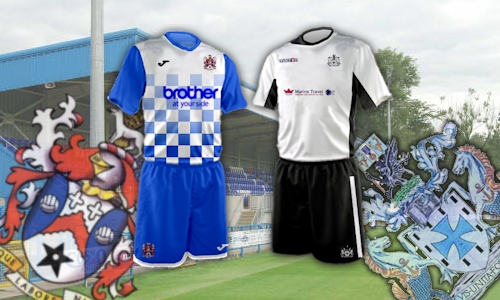 Celtic Win At Home To Marine
By Deborah Taylor 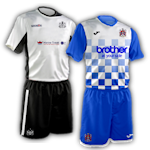 Two gifted goals made the score-line look much closer than it should have been, keeping Marine's hopes alive throughout a game Celtic dominated.

Celtic opened the scoring with their first attack, just five minutes into the game. Greg Wilkinson threaded a pass through a mass of defenders to Scott Bakkor; surrounded, he squared the ball into the path of Tom Brown for him to smash in the opener.

Five minutes later and it was two. Wilkinson again involved, this time spotting ex-Marine player, Liam Tongue in acres of space on the opposite wing. The cross-field ball was well controlled by Tongue, without breaking stride. Still thirty-yards from goal, Tongue's curling effort sailed over Martin Fearon, who was left grasping air as the ball flew into the top corner.

With a two goal cushion, Celtic were in total control of the game patiently building attacks. After both Niall Flint and Wilkinson couldn't quite convert their chances, Marine survived going three down by the skin of their teeth after Bakkor had pulled the defence and keeper out of position, a stabbed ball was half-blocked as far as Wilkinson who saw his effort blocked on the line by a desperate lunge from Louis Coyne.

Marine were handed a lifeline when Danny Brady's uncharacteristic back-pass was woefully short allowing Josh Hine to latch onto it, leaving him with only Jake Turner to beat. Turner kept on his feet, but Hine didn't waste any time, curling his shot around Turner from the edge of the box.

Wilkinson almost restored the two goal cushion playing off Matty Wolfenden to get to an acute angle, but his shot went into the side netting.

Marine started the second half with a will, breaking quickly off a Celtic corner, with Hine holding off Scott Wilson long enough to whip in a cross for James Murray to get his head on. Close range, Turner showed exceptional reactions to block the header, allowing Michael Clarke to get the ball clear. At the other end, a Celtic corner came out to Liam Tongue who forced Fearon into an equally exceptional save.

Brown put himself as Celtic's top scorer (on two), when John Marsden laid off a ball into his path at the edge of the box, and Brown hit a low shot with his left foot into the bottom corner, perfectly placed beyond Fearon's fingertips.

With five minutes to go, Marine got their second gift of the game, when an innocuous challenge by Brady on Hine in the box saw Hine go stumbling. Despite protestations, a penalty was awarded. Danny Mitchley stepped up and placed the ball in the opposite corner to Turner's direction, leading to a tense last ten minutes (five minutes of stoppages).

Craig Carney's free kick was woeful under the circumstances for the visitors, giving Turner an easy catch, whilst Dominic Reid's curling effort was also lacking in any kind of power. Celtic didn't close the game out, instead looked for a fourth goal, with Marsden turning Wolfenden's cross over the bar and Scott Harries firing straight at Fearon from close range when either side of the keeper would have left Celtic with a 4-2 score-line.

It was an exciting performance from Celtic, with some great build up play, and the first win gives Celtic something to build on when travelling to Warrington on Saturday.