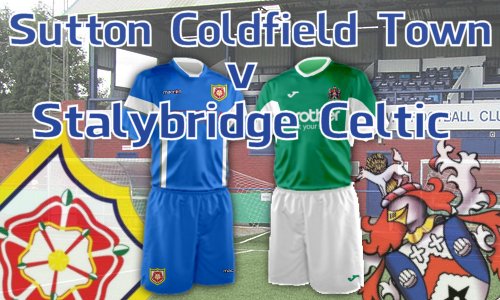 Celtic Lose Away At Sutton Coldfield
By Debbie Taylor 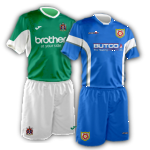 Celtic had a great chance to beat their away hoodoo against bottom of the table Sutton Coldfield Town, a team with the worst home record in the league. Despite having the better of the chances in the first half, Sutton Coldifield took two of their chances in the second to record the win, and leave Celtic still without a win on the road.

Dickinson put an early free kick high over the stand behind the goal, before both Lee Neville and Jake Charles went agonisingly close. After the home team failed to clear a corner, Jordan Chapell’s shot saw Nathan Kelly slide across to deny Celtic the opener. Just before half time, and it was Matt Baker throwing his body in the way of Jake Charles’s shot to keep the teams level at the break.

Seven minutes into the second half, and Celtic were undone with a ball over the top that Sutton Coldfield’s top scorer, Gurjit Singh ran onto and curled an unstoppable shot in the bottom corner with Joe Slinn stretching but an inch short.

He could have had another moments later, but this time Slinn managed to readjust his feet and pull of a decent stop. At the other end, the fresh legs of Theo Bailey-Jones allowed him to get into the box, but his low shot struck the side of the goal so hard, the goal moved.

Celtic were made to pay for their inability to find the target, when a set piece was floated into the box, and Celtic could not get the ball clear, allowing Matt Waters to blast through the crowd.

With Sutton Coldfield content to try and defend a two goal lead, Celtic created two more chances, but failed to take both. Chapell saw his goalbound effort blocked by the sliding Lee Smith, and, in stoppage time, Chapell came into the box, with the Keeper, Nicky Draper, out of position, poked the ball towards the back post, only for Matt Baker to steam in and put just enough on the ball to steer it the other side of the post, summing up Celtic’s away performances.