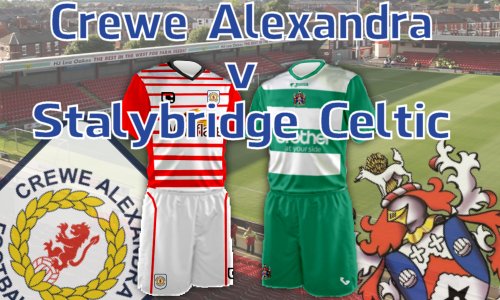 Away Loss At Crewe In CSC
By Debbie Taylor 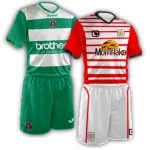 Celtic exited the Cheshire Senior Cup at the hands of a well-drilled Crewe Alexandra side after a controversial blunder by the officials missing a goal by Chris Baguley.

Despite only having four first team players in the starting line-up, Crewe were well drilled, and bossed the game for the first half, restricting chances to a bare minimum in a cagey opening. Neither keeper was particularly troubled, though Liam Dickinson and Ryan Wintle had on-target efforts, but both were lacking the power to trouble the keepers.

The second half started in a similar vein, with Alex unable to get any of their small number of chances on target, but with twenty minutes to go, Celtic looked like they would be finishing the stronger. Darren McKnight saw his rocket of a shot tipped past the post for a corner, before the moment of controversy. Substitute Chris Baguley spotted David Richards well off his line. His inch-perfect forty yard lob cleared Richards, who scooped the ball back after it crossed the line, only for neither assistant nor referee to spot it; they were the only two in the ground to miss the goal. At the other end, Wintle managed to hit the crossbar with a speculative edge of the box shot that dipped over Paul Phillips, and extra time was required.

Alex had to play the half hour extra time with ten men, after losing three players to injuries, and having insufficient subs on the bench. Twice Richards came to Crewe's rescue. In the first minute of stoppage time, a clever ball from Jude Oyibo put Florian Da Silva through one-on-one, with Richards making an excellent stop, though the young French winger should have done better.

At the other end, Daniel Udoh's movement and pass left Lewis Reilly with acres of space and he curled his shot up and over with an excellent finish giving Crewe a narrow lead, although had Celtic's goal stood, Crewe's extra time winner would never have happened.

Richards then put Crewe through, stopping Chris Baguley's top corner effort with a great save, the rebound falling to Da Silva, who shot wide.

The second period of extra time was about excellent defending from Crewe, keeping their discipline until the final whistle, and though Celtic were camped around the Crewe box, the closest the boys in blue came to a goal was a great whipped in cross from Da Silva that Baguley headed over.