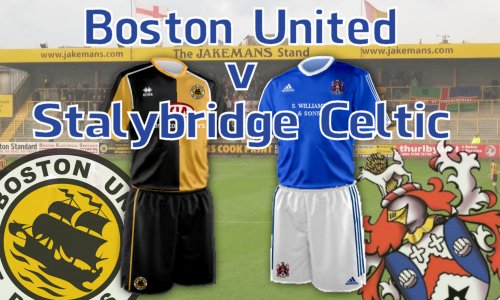 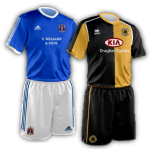 Celtic's profligacy in front of goal continued as they couldn't overcome a Boston side that looked there for the taking.

In a half of few chances, two early efforts both blocked on route to goal with the keepers beaten looked to be the only chances, with Ben McKenna's flying effort and Kaine Felix's goalbound shot both denied by outstretched boots, before a rather harsh handball decision on Matty Hughes in the box gave Boston the opening they needed, despite vociferous protests from the Celtic players.

The injustice spurred Celtic on, with Sam Staunton-Turner seeing his effort blocked on the line, and Laim Dickinson's follow up shot wide of the mark. Paul Ennis went agonizingly close with a whipped in free kick, before Liam Dickinson finally got the goal Celtic's pressure deserved, thumping a powerful header on Ennis's free kick past the despairing Sam Vince.

The second half never really sparked into life, with Boston shading the chances. Aidan Chippendale and Matty Mainwaring both forced reasonable stops from Vince, but King was the saviour of the point with a cracking stop from Southwell's fierce effort. Southwell again went close for the home side, beating King with a looping header, but being denied by the crossbar. With time running out, Matty Mainwaring spotted Vince off his line and tried an audacious fifty yard short that did clear Vince but also cleared the bar leaving the scorers level.