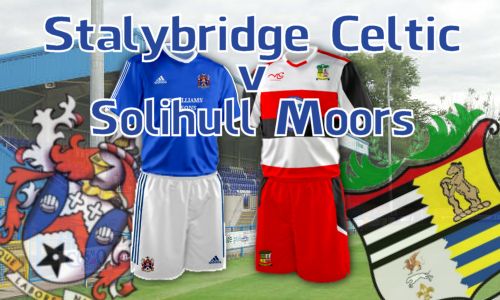 A Season In A Week
By Mike Brierley 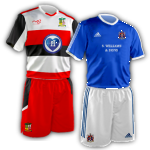 Stalybridge Celtic start life in the 2014/2015 Vanarama Conference North with a win, a draw and a loss from their opening three fixtures, thus experiencing the whole emotions of a season in just a week.

Fresh from what had been two very promising outings, a 2-2 away draw against Worcester City and a 3-0 home win against AFC Fylde, Celtic were brought back down to earth as Solihull Moors took all three points in the first Saturday home fixture of the new campaign as they ran out 0-3 winners at Bower Fold.

It was Celtic that made most of the early running. Liam Dickinson and Paul Ennis both went close with efforts, whilst Ben McKenna caused a few problems for the opposition defence with a good turn of pace.

As the half wore on, Solihull gradually found a way into the game and took the lead just before half time. Mike Nottingham lashed home a rebound from a free kick with Celtic aggrieved and convinced that the ball had previously gone out of play.

The second half continued in much the same way that the first had ended. Solihull were now generally on top and Celtic were failing to make any sort of a telling breakthrough.

The lead was doubled when Omar Bogle was on hand to smash home after a loose ball had caused havoc in the Celtic penalty area.

The killer blow came when Matt Regan conceded a penalty on the edge of the box and Omar Bogle easily slotted home for his second of the game to seal all three points.

Ultimately, although Celtic started the game well, they failed to capitalise on the advantage they originally held. As a result, Solihull were able to find a foothold and in the end fully deserved their victory, even if the scoreline did not perhaps fully reflect the overall play.

With four points out of the first nine, Celtic have had a solid start to the new season. The win and draw have shown the quality within the side and whilst the defeat was a blow, there is more than a sense of optimism around Bower Fold, a sense of belief and togetherness, that a good campaign can still be had.

To see progress on and off the field will be considered more than an acceptable season and so far, it's not been a bad start.