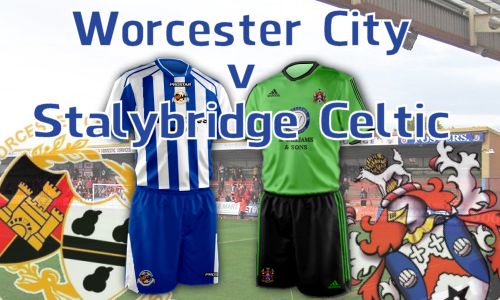 A Strong First Half Performance Earns The Draw
By Iain Benson 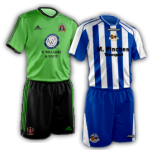 Celtic two first half goals were enough to allow them to weather the second half storm of Worcester's come back, and take a point from the opening game of the season.

Worcester looked a little rusty in the first half, with George Williams and Danny Jackman both blazingly wildly over, whilst Liam Dickinson's powerful shot was deflected away from goal by Wayne Thomas as Celtic looked the more dominant team in the opening period.

This was topped by a goal, half way into the half, Matty Mainwaring's defence splitting pass allowing Liam Dickinson to run through one-on-one with Nathan Vaughan, and have the time and composure to pick his spot and put Celtic a goal up. A long throw undid the good work, with Celtic struggling to clear the ball as it pinged around the mix. Mike Symmons had a decent strike that Lewis King did well to parry, but as it flew across the face, Celtic couldn't connect to clear it and Nick Wright lashed home the equaliser.

Worcester could have gone ahead, but for Mattt Regan's block on the line as Mike Symmons found some space inside the box, but instead it was as you were when Sam Staunton-Turner broke up the Worcetser play with consummate ease, and put a pin-point pass between Graham Hutchinson and Wayne Thomas for Charlie Ennis to run onto, and run onto it he did, repeating almost exactly what Dickinson had done fifteen minutes before.

Worcester lined up slightly differently in the second half, playing their forwards higher up, and closing the gap between the central pairing, shutting off Celtic's initial advantage. This allowed them to put much more pressure on the Celtic goal, Matty Regan again having to slide in to block a goal bound shot, this tome from Daniel Nti who'd cut inside and was bearing down on goal. From the resulting corner however, Matty Hughes's clearance took a massive deflection, only coming out as far as Williams who fired through the crowd with a powerful cross to the back post, when Walker was there again, side footing home.

Celtic probed and pressed, but lacked that cutting final ball, a thunderous free kick from Ennis hitting the defensive wall and later putting in a great cross that Dickinson got onto, but scuffed wide, the best efforts, and a power run from Regan culminating in firing narrowly wide the best that could be mustered. Whilst Worcester were finishing the stronger of the two, harrying and closing down play across the park, and causing the Celtic back line a few problems. Mike Symmons shot evaded everybody, striking the inside of the post, and coming back into King's grateful hands, whilst Nti headed over when it looked easier to score, and Connor Gater's shot always curling wide of the mark.

Over the full ninety minutes, there were plenty of positives for both sides to take in the opening game, and the two sides looked evenly matched. With Fylde putting four past Brackley, our midweek match against the freshly promoted Fylde will be a different test.