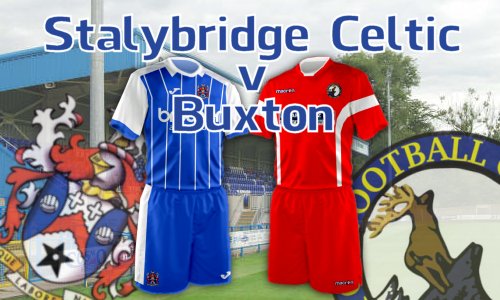 Celtic Lose At Home To Buxton
By Debbie Taylor 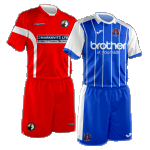 Celtic succumbed to a single goal despite having by far and away the most chances.

Alex Honeyball kicked off the Celtic chances smacking his header against the crossbar from a free kick, whilst Aidan Chippendale did test former Celtic keeper, Jan Budtz, but not with any conviction in the shot. Buxton did have an early chance, Curtis Morrison's effort clipping the crossbar on its way out, and Alastair Taylor's very tight angled shot flicked off the woodwork as well. But it was looking more likely that Celtic would be the ones to open the score. Buxton failed to clear a corner, the ball eventually coming to Honeyball, but he snatched at his shot sending it wide. Buxton were riding their luck, especially when Tom Brown's shot through a crowd struck an outflung leg, the ball coming back to Chippendale, who also saw an out-flung leg deny him, the ball coming to Liam Dickinson at an awkward angle, and he put the ball over the bar.

It looked like a simple enough job for Luke Ashworth to clear Brad Abbott's lifted ball over the defence, but instead, he tried to shepherd it back to Joe Slinn, leaving the young Celtic keeper in a world of trouble when Liam Hardy stole the ball. Slinn almost knocked it away from Hardy's feet, but Hardy, one of the league's top scorers, got to the loose ball and cut it inside into the back of the net.

There was enough time in the half for Celtic to get back into the game, but again Dickinson was profligate, though the build-up play was good and Dickinson turned well, he fired past the post.

The second half continued with Celtic battering at the Buxton defence despite the monsoon conditions. Chippendale's free kick sailed wide and corner after corner came and went. Oli Roberts launched a distance effort that went wide. New signing, John Cofie, was brought on, and almost immediately had an impact, riding a rough challenge that left him constantly off balance, but he still went one-on-one with Budtz, trying to curl the ball around the advancing keeper but hitting the side netting.

Lee Neville's angled drive was easily caught by Budtz, and Liam Dickinson's wicked free kick took a nick off the wall to take it around the post. Honeyball and Cofie again missed the target as the untaken chances mounted. With Celtic pressing high, it required a cracking stop from Slinn right at the death when Curtis Morrison broke the offside trap to go one-on-one with Slinn.

Celtic will play worse and win, absolutely nothing came off, despite numerous chances.