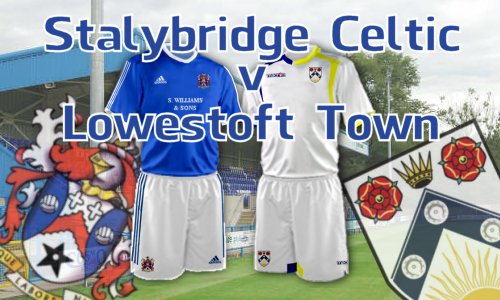 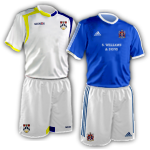 Celtic improved in the second half, but not by anywhere near enough to overcome an early goal from the visitors, the first they'd scored on the road for some time.

The goal came with the Lowestoft's first attack, a simple free kick into the box from Adam Smith, and a powerful header beyond Lewis King's grasping fingers by Shaun Bammant. And that was, largely, it from Lowestoft.

They didn't particular stop Celtic playing, Celtic seemed adept at doing that on their own. Kevin Holsgrove;s header was deflected wide, and he got his head on the corner, but put it narrowly wide, and Ben McKenna fired weekly into Jake Jessup's arms when there was little more he could do. Holsgrove did come close, but was denied by a good tackle from Smith and Jessup. Ennis tried to convert Holsgrove's shot in, but couldn't quite make it. Neither team seemed able to get the ball on target as the half trickled away.

The second half started well for Celtic, Paul Ennis's low drive deflected wide by Sam Gaughran. Liam Dickinson headed a corner wide, and James Cadmen got on the end of a good move, but fired straight at Jessup. A goal was coming, and Regan got past Ricki Hayles, and fired in a low cross, with two defenders flanking Ennis as he came in, and the keeper favourite, when the ball came to Ennis, even he must have been surprised, but he reacted well to slide in and equalise for Celtic.

Lowestoft didn't seem particularly bothered, worried or hurried, whilst Celtic looked to be losing discipline, shape and the basics, despite having scored.

McKenna, Mudimu and Cadmen all got their efforts there or there abouts, but there was nothing to overly worry the Lowestoft bench, and their hearts will have been warmed when Ricki Hayles unleashed a thunderbolt from distance that had Lewis King flying across the face to tip the ball out for a corner, Adam Smith also added to the shots on target tally as the half trundled towards a conclusion, with the only fire coming from the tempers of the players, that saw several bookings, including a second yellow for Dickinson after the final whistle, for saying something to the referee, to add to the one he'd got after being fouled for another comment.

Lowestoft were hardly the best team to visit the Fold, but Celtic struggled to overcome their own demons, rather than the visitors.