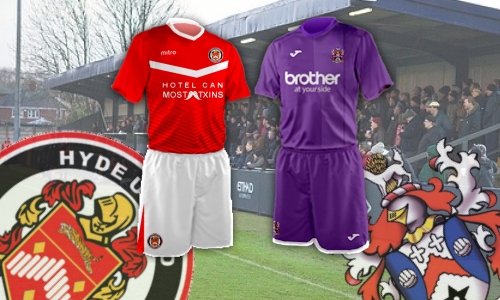 Celtic Lose Away At Hyde
By Deborah Taylor 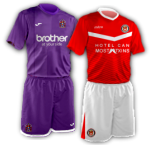 Another narrow margin and an inability to convert chances into goals has left Celtic in a dire predicament after the local derby squeaked Hyde's way thanks to a solitary first half goal.

Despite the heat, both teams started quickly, Josh Solomon-Davies fired wide after driving into the box, whilst Peter Crook had to be alert to deny Liam Tongue's free kick before Celtic parted like a Biblical Blue Sea with Deane Smalley left central and unmarked. Tongue came across and Paddy Wharton narrowed the gap, but not in time as Deane Smalley lobbed the ball over the outstretched palm of Wharton and just in under the bar.

Celtic went for the equaliser, Greg Wilkinson's acute angled shot pushed over the bar under pressure from Neil Kengni, Tongue heading over the bar from the whipped in corner. Greg Wilkinson's effort after agood run was pushed onto the bar and Andy Scott got into the box with quick feet and an interchange off Scott Bakkor, but dragged his shot allowing Crook to scoop it up. At the other end, Wharton did well to palm Tom Pratt's dipping effort over the bar and eventually caught the corner.

The second half started as the first had finished, with Celtic pressing hard for an equaliser. Greg Wilkinson's narrow angle cross was fluffed by Crook but evaded the Celtic bodies arriving into the box as well. Tongue through himself at a back-post corner, his header thumping against the post as he crashed into Crook, followed by Tongue cashing into the post. It was mainly Celtic pressure being applied at the Hyde end as the half ground down, Chris Smalley lashing an effort goal bound when Hyde couldn't clear a corner, Crook knowing very little as the ball came through a crowd rebounding out as far as Glenn Rule, Crook athletically tipping Rule's returning shot over the crossbar.

Nyaupembe tried a thirty-five yard curling effort to the top corner, but Crook took the ball as Matty Wolfenden arrived to tap home any mis-control by the Hyde custodian. Celtic were running out of time. Kengni headed powerfully narrowly over the bar from a corner and Hyde somehow scrambled away a corner deep into stoppage time that even Paddy Wharton came up for, nodding the ball back out to Wolfenden who couldn't find a way through the packed box. Deane Smalley countered when the move broke down, but Wharton had got back to his own box in time to make a one-on-one save against the Hyde scorer, but there was no more time for Celtic and very little time left in the season to save it.

The whole season now rests on Saturday's game at home to Grantham. A win would see Celtic safe. Anything else relies on Bamber Bridge not losing to Mickleover, who also lost today.