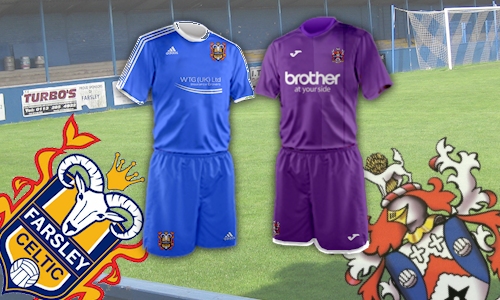 Celtic Lose Away At Farsley
By Deborah Taylor 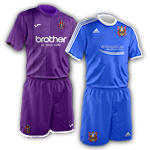 After going a goal down after forty-two seconds, Celtic struggled to get going until the second half.

Despite having kick off, Celtic washed up against former Stalybridge Celtic defender, Jack Higgins who set his new Celtic off an attack that did not try and work with a bobbly pitch by launching the ball, one touch across the box for Dave Syers to tap in.

Twenty-five minutes later, Farsley did it again. This time Jimmy Spencer with the tap in. Farsley could have gone out of sight without Paddy Wharton. He denied William Hayhurt's wicked free kick with a flying save and then caught Higgins's header from the corner. His presence forced Spencer wide to shoot the wrong side of the post and then again, just before the interval Chris Atkinson fired over with no way past Wharton.

Celtic had a couple of half chances in the first half, they had twice that number in the opening five minutes of the second. Michael Howard had fired into Kyle Trennery's in the first half, at the start of second, he got into a similar position, firing just the wrong side of the post. Douglas Nyaupembe was getting forward more, and causing problems. He carved some space, but fired over, whilst his ball sent Scott Bakkor through one-on-one with Trennery who denied Bakkor more by luck than judgement. Neil Kengni forced Trennery into a similar move as Celtic upped the pressure, only a foot keeping Kengni off the score sheet.

The pressure finally told when Nyaupembe's whipped in ball was met at the back post by Michael Howard to nod in and half the deficit.

There was still half an hour to go, but it was the home Celtic that came closest to grabbing another goal, despite the Stalybridge Celtic pressure, getting past Higgins, Ellis and Clayton was proving impossible so right at the death Nathan Cartman was one-on-one with Wharton, and again Wharton won, leaving no clear path for Cartman, who scuffed his shot wide. It didn't matter though, and Farsley took the three points.