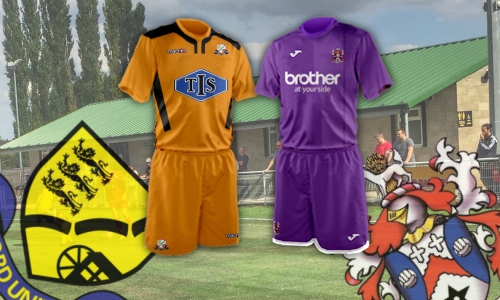 Celtic Lose Away At Basford United
By Deborah Taylor 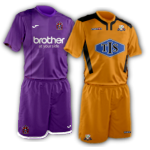 It was clear from the off that which ever team utilised the gale force wind to their advantage would be the winner, and so it proved as the wind had a hand in all Basford's goals, although, truth be told, Celtic didn't use the conditions as much as their hosts and should really have done better defending against it.

James Aspinall's kick after catching a straightforward cross turned into anything other than straightforward as the wind immediately had the ball looping back towards the box. James Reid with intent and a great deal of luck, judged the ball and lifted it over a now stranded Aspinall, the ball just creeping in under the post.

And that's how it looked like the first half would play out. A game of throw-ins as both sides struggled with the wind. Celtic got back on terms after half an hour though, when Jerry Nash simply pushed Michael Clarke over after a corner sailed over the pair. There were no real complaints about the penalty decision and Scott Bakkor converted with ease.

After Bakkor's fired a corner tamely at Kieran Preston and Neil Kengni saw his swirling shot flash wide, the wind had a large part to play in Basford's second goal, lifting the ball higher than Clarke expected, allowing Nathan Watson to take the ball at the byline and flash a cross across the box, perhaps Aspinall could have done better as James Reid arrived under pressure from Danny Brady and bundled the ball over the line.

Going in at the interval one down would not have been a disaster, but it was not to be, as Matt Thornhill's free kick was lifted up over the wall, catching the wind to bend it down and into the top corner, if meant then David Beckham has a new heir.

The second half saw Celtic utilise the wind to send a ball downfield for Chris Sharp, who won the ball well, turned his man and fed Matty Wolfenden on a surging run with an inch perfect pass. Preston did well to stay on his feet one-on-one with Wolfenden, but Wolfenden made no mistake rocketing the ball past the Basford keeper to reduce the deficit to one.

Celtic put the home side under considerable pressure after the goal, winning a string of corners, one of which required a fortunate save from Preston that left him seeing stars, his face lifting Ross Dent's close range shot over the bar. However, it was the hosts who killed the match off extending their lead to two again, this time from a corner that sailed well past the goal, looking to be heading for a throw in, before turning in the air and coming down into the top corner as though Uri Geller was wearing a Basford shirt.

Although Dent got his head on a lifted free kick to diver it goalward, it was comfortable for Preston as Celtic didn't really hit and hope, looking instead for a sure-fire chance. Unlike Lewis Carr who added a gloss to the scoreline with a free kick that again would have had Beckham drooling, as he too judged the swirling gusty wind much better than Aspinall, as the ball crept in under the bar off his fingertips.

There was still time for Wolfenden to force Preston into another close-range reaction save, but in truth the three-goal cushion was insurmountable. It was impossible to judge the two teams in the conditions but what could be judged was how quickly the home side adapted to the skipping surface and fifty-to-sixty wind gusts, more willing to try their luck from anywhere, and they reaped the rewards from that.