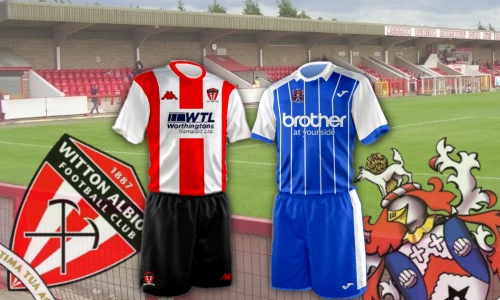 Celtic Win Away At Witton
By Deborah Taylor 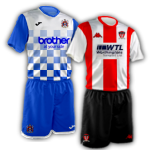 A first half penalty summed up Witton Albion's chances in a match that saw Celtic comfortable in their win.

Witton started the game the stronger; in their first attack, Rob Hopley beat the offside trap and, one-on-one, went to round Paddy Wharton only for the Celtic keeper attempt to take the ball at his feet, instead taking Hopley's feet. There were no complaints over the spot-kick and James Foley converted, despite Wharton going the right way.

Witton seemed content to sit on their one goal lead, and with a defence that up until that match, had only conceded three goals at home, this looked a good tactic. Celtic were knocking on the door, Ross Dent's curling cross became a shot in the wind, forcing Greg Hall to scamper along his line to collect. As the game progressed, Celtic found the key to open Witton's rock solid defence. Scott Bakkor turned Matty Devine to make space, laid off to Liam Tongue who whipped in an incredible cross to the back post, looping over the keeper and down to where Matty Wolfenden was arriving. Hall got across, but Wolfenden had the composure to pick his spot and leave Hall no chance.

Witton came back into the game, but moments after Danny McKenna's acute angled shot was helped onto the post by bodies on the line and hacked clear, Celtic mirrored their opener to leave Witton trailing, this time Chris Sharp feeding Liam Tongue, who's first time cross again stranded Hall and left Wolfenden with a flicked header at the back post to put Celtic's noses in front instead.

Celtic made the game safe ten minutes into the restart. Liam Tongue took a free kick from twenty yards out, curling a peach of a shot over the wall and in under the bar by the post, Hall unable to get anywhere near the shot.

It could have been four when Scott Bakkor burst through the defence to go one-on-one, but Hall did exceptionally well to block and smother the low shot to his left. Though Chris Sharp also had a good chance to add to the tally, both defences were easily able to repel any further sorties looking for chances.