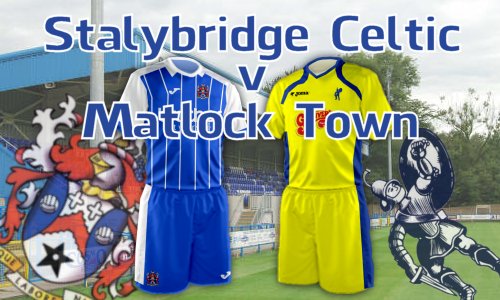 Celtic Win At Home To Matlock
By Debbie Taylor 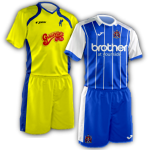 Celtic made it two wins on the bounce and unbeaten in four with a wonderful display over Matlock with excellent performances all over the pitch to net four well worked goals.

Celtic started well, with Liam Dickinson heading a free kick wide and Greg Wilkinson's low shot taking a nick to deflect it the wrong side of the post, both Dickinson and John Cofie were inches away from opening the scoring as Theo Bailey-Jones put in the first of a series of excellent crosses between the defence and keeper. Bailey-Jones then almost turned a Cofie cross into the goal, with his header narrowly wide.

Wth Celtic bossing the game, a goal was coming, and it came through Alex Honeyball's persistence. He kept a ball heading for a corner in, lifting the ball back into the mix, it was half-cleared but only as far as Dickinson who hooked the ball on the turn past the flying fingers of Phil Barnes and open the scoring. Celtic spent the rest of the half keeping possession and frustrating the visitors.

The second half saw Celtic continue in the same vein, constantly looking for an opening. Wilkinson set Cofie off running, one-on-one with Barnes, he tried to smash it past Barnes, but an excellent stop from Barnes denied him, whilst at the other end, Rhys Sharpe dug a shot out from somewhere which had Jack Walton scrambling across his goal and grabbing the ball at the second attempt at full stretch.

Celtic gave themselves a deserved cushion, and it was again Honeyball who set the ball rolling, after Wilkinson found him he flicked in the cross to the near post, under pressure, Dickinson flicked it to the middle of the goal where Bailey-Jones turned it into the back of the net with Kieran Wallace sliding in, but unable to deny him.

Tyrell Waite launched a shot in that Walton saved well, the rebound falling to Michael Williams, with Walton making a second, even better save that was unnecessary, as Williams was offside.

Wilkinson went close with his own shot, but the visionary pass from Wilkinson into acres of space for Bailey-Jones to run onto, which he did. Barnes set for another one-on-one, but the curling shot from Bailey-Jones completely wrong footed the Matlock keeper.

Throughout the entire game, Ross Killock missed one header, one interception, at the back, and from that, Tyrell Waite got hold of the loose ball in stoppage time, feeding it wide to Adam Etches, behind the striker, forcing improvisation to fire with the back of his heel, across Walton and grab a consolation for the visitors.

Celtic were three goals better than Matlock on the day, so seconds after Matlock got their goal. Two substitutes combined for Matlock's, so Aidan Chippendale put in a great cross, Jake Charles took it well and fired Celtic back into a three goal lead, and there was no time for Matlock to respond.