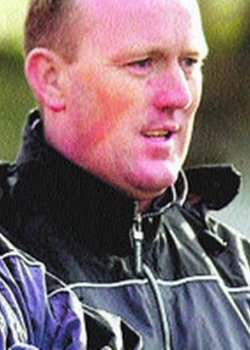 Paul started as a trainee with Manchester United in , but when finishing chose to join Huddersfield Town in 1987. After a change in management at Huddersfield, Paul joined Waterford United for a short period (5 appearances and a goal) before joining Hyde United in 1989. He went onto make over a hundred appearances for Hyde, scoring forty-one goals, before crossing the hill to join Celtic in 1992. He had one season with Celtic, making 25 appearances and scoring ten times, before making the move to Witton Albion in 1994. This was a short stay with 6 appearances and two goals, before his return to Hyde. He made a further 20 appearances for the Tigers, and in 1995 joined Ashton United. 10 appearances and 6 goals later he was with Mossley. Flixton twice, Warrington Town and Trafford followed, before a move into management with Abbey Hey in 2001. He also managed Woodley Sports and joined New Mills as assistant in 2005. He made one more appearance for Celtic, when he played in Kev Parr's testimonial.
Photographer