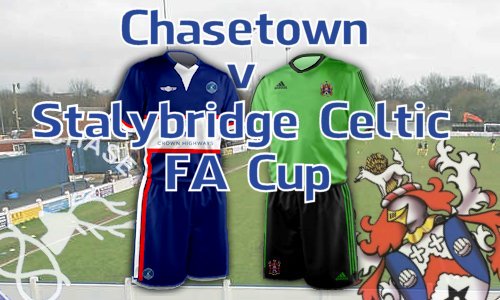 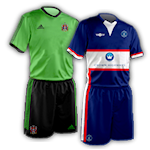 Stalybridge Celtic remain in the hunt for glory in the 2015/2016 FA Cup but must face a replay to get to to the final qualifying round after a 1-1 draw at Chasetown.

In a game, short of all out entertainment but not lacking in effort or endeavour, both sides could lay claim to having had the upper hand but ultimately neither were able to strike the crucial killer blow and thus have to do it all over again.

It was the hosts who started the better and took an early lead when a free kick, from just outside the area, landed at the feet of James Dance who was able to slot home.

The Celtic response was immediate and a under hit back-pass in the Chasetown rearguard allowed Steve Tames to latch onto the ball and slip it under the advancing keeper to level the score.

Although Celtic ramped the pressure up from that point onwards, they were unable to make it tell, despite a Jack Higgins effort being ruled out for offside.

Chasetown did get themselves back into the game but from thereafter neither side was overly dominant and a draw was, on balance, a fair result.

Celtic must count themselves favourite for the replay, being at home and against lower league opposition, although will have to guard against complacency should they wish to progress any further in this, the grandest and oldest, competition.