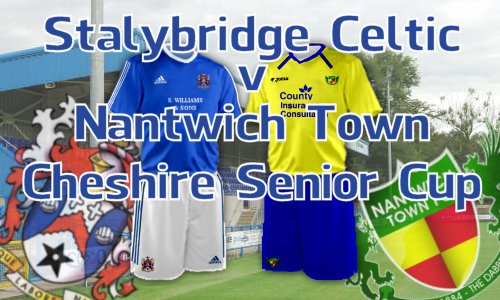 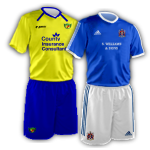 Despite the lion's share of possession in the first half, Celtic failed to make it count, and Nantwich took advantage of a poor decision in the second half to take the tie.

Celtic's first half performance was the more dominant, working the majority of the chances for breaking the deadlock. Liam Dickinson curled an early free kick wide, whilst Aidan Chippendale's run and shot didn't overly trouble Dave Stevenson in the Nantwich goal. Oliver Crowley got forward and performed a neat one two with Ben McKenna to fire narrowly across the face of goal, whilst Dickinson's low drive was on target but straight at Stevenson. It was half way through the half before Nantwich ventured into Celtic's half but Aaron Burn's snap shot was straight at Lewis King, and Kyle Blake had a reasonable effort, but King's reactions were equal to it. Celtic came very close to scoring, McKenna's cross in was sublime, and a sliding Dickinson was an inch away from connecting, whilst James Cadman's powerful volley was deflected wide at the last second for a corner Celtic couldn't convert. the best chance was a cracking cutting effort from Chippendale that Stevenson only just reached at full stretch to tip around the post.

The second half saw a bit of controversy when Kyle Blake sliced through the back of Keith Briggs leaving the Celtic manager on the floor. No foul was awarded and Celtic looked shocked enough to give Blake the time and space to produce a stunning swerving, dipping and curling shot from thirty yards that left King static as it flew into the top corner.

Nantwich weren't content to sit on a one goal lead, not when Celtic seemed to have lost their way, Blake latching onto a swift move and forcing Lewis King into a flying one handed save to turn aside another massively moving effort. However, moments later and it was game over when Shaun Dowling's cross to the back post saw Aaron Burns arrive on it and head over King, who did get a hand on it but could only push it into the net off the bar.

Almost as if to prove Celtic could do it too, a series of quick passes got the ball to the head of Dickinson who almost duplicated Burns's goal, but Stevenson pulled off a stupendous save. There was still twenty minutes left, Celtic could have pulled two back in that time, but couldn't find a way to get through, and though Aidan Chippendale used skills and strength to get into the box, he couldn't find the finish to worry Stevenson.