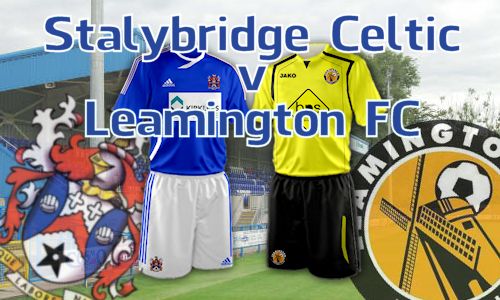 What a difference a week makes
By Iain Benson 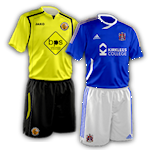 Keith Briggs made it two out of two for the start of his managerial career in the return leg against Leamington. Having watched from the stands to see Celtic lose last week at Leamington, it was all smiles after two well taken first half goals gave Celtic the cushion the needed against the late comeback.

Lewis Hatch had the opening shot, although the shot was tame, whilst Sean McConville flicked his header wide from a Callum Warburton free kick. Ricky Johnson’s distance effort was well caught by Matty Urwin, while at the other end, Tony Breeden just had to be in the right place to stop Prince Haywood’s narrow angled drive from going in. Haywood forced Breeden into a great save a few minutes later after trading passes with Sean McConville and firing across the face, with Breeden having to get a hand on it to put it out for a corner. The Brakes couldn’t clear the corner, and it same back to Callum Warburton who’s rocket of a shot hit Obi Anorou on route to goal, deflecting away.

Leamington looked to be slowly getting into the game, with Stephan Morely’s wayward shot and Liam Daly’s closer header starting to put the Celtic defence under pressure, but Celtic broke sharply and smartly. Warburton fed Anorou in the box, three defenders between Anorou and goal. Anorou turned around Daly, and dazzled everybody with quick footwork, before curling a corker of a shot into the bottom corner with Breeden stationary.

Leamington looked stunned, and Celtic capitalised, with Anorou outpacing Morely and pulling the ball back for Conal Platt who curled a peach of a shot through the box and past Breeden, who looked like he’d still not moved from the previous shot.

Celtic played the possession game for the rest of the half, and into the second half.

The visitors never really threatened Celtic, forced to shoot from forty yards as Morely curled his effort well wide of the goal. Leamington seemed content to let Celtic play it around, and were struggling to put two headers together trying to send it as high and as far as they could on clearances.

The only way that Leamington looked of scoring was a mistake, and the Celtic back line duly provided, and Leamington gratefully accepted, Will Green latching onto an uncleared ball, threading through to Stefan Moore, who held off the Celtic defence too easily and fired in what was a great shot that left Urwin with no chance.

Celtic created a couple of more chances, but neither Hatches wayward effort, or Anorou’s poked shot troubled Breeden, and it made for a nervy stoppage time although Lee Chilton’s effort from the edge of the box was smothered by Urwin, despite the shot going narrowly wide. Celtic coped well with late pressure and Anorou even managed one more chance for Celtic that would have added gloss to the score line, his looped narrow angled effort over Breeden clipping the crossbar on its way out.

What a difference a week makes.