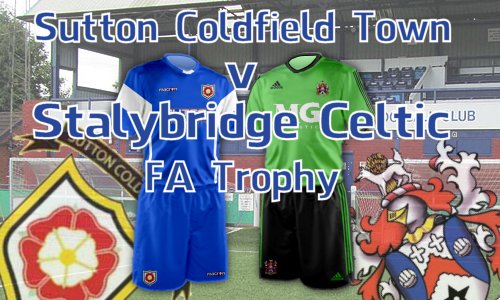 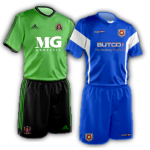 Celtic skulked out of the FA Trophy at the first hurdle on a cold wet artificial pitch in Sutton Coldfield.

The almost obligatory early goal was never answered. A set piece from Jordan Hoddard was met by the head of Ramone Stephens.

Celtic had half chances, Darius Osei got good contact almost immediately after the goal, but James Wren was equal to it, and Jack Higgins headed a corner narrowly wide, but there was half an hour between those two chances, with Sutton Coldfield also getting chances but wasting them.

The second half was almost as dreary as the weather, Josh McKenzie's turned in free kick easy for Tony McMillan, as was Osei's header from Aidan Chippendale's cross. Ben McKenna and Chris Simm were introduced to inject some effort, and both had reasonable chances, but off target and soon settled into the same pattern as the rest of the team. For the last half hour, there was very little from either team, with the only real chance right at the end with Celtic pushing forward, finally, but even Aidan Chippendale's final shot that was stopped at the post by Wren was debatable as to whether or not it was even on target.

Celtic got what they deserved out of the game.