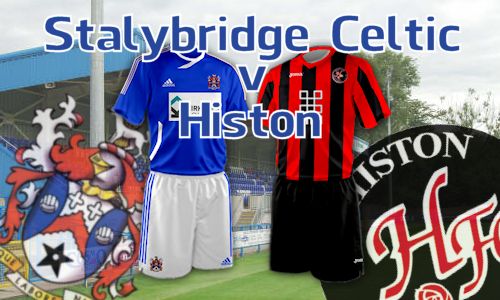 Three for three for Briggs
By Iain Benson 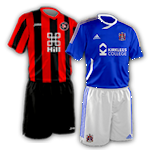 Two first half goals were enough to hold off a determined Histon team, though a late penalty made the final few minutes more tense than they would otherwise have been.

Histon had the best of the opening exchanges, using the squally wind with Lewis Taaffe getting his head onto a lofted ball, but nodding it into Matty Urwin's waiting hands. Shaq McDonald's shot moments later lacked power, and Urwin was able to collect it simply. After the first ten minutes, Celtic got back into the game, Sean McConville at his mercurial best wrong footing Omar Beckles twice, but firing over and wide.

Celtic continued to press, playing up the slope and against the wind, but out passing the visitors. It looked likely Celtic would score with several close calls, including a certain penalty on Obi Anorou waved away, before Anorou got his revenge latching onto Tom Buckley's excellent ball, knocking it past Beckles, and rolling past the stranded Calum Kitscha.

Conal Platt's effort lacked the power to beat the excellent Kitscha but seconds later some superb passing culminated in Platt reaching the touchline and pulling the ball across the face, Anorou making enough of a nuisance in the centre of goal so that nobody saw McConville coming at the back post and he rifled the ball into the back of the net.

The second half saw Celtic have the wind and the slope, and Celtic looked likely to extend their lead, but for some outstanding keeping. It was started with a curling Conal Platt effort deflected over by Beckles, and from the corner, Kristian Platt's header was somehow clawed over the bar by Kitscha. Moments later, and Anorou made enough space at the edge of the box for a perfectly placed shot that Kitscha somehow got across to. Joel Bembo-Leta headed the corner wide, and moments later Kitscha got to yet another impossible effort, this time from Tom Buckley.

Nick Freeman was a fresh pair of legs for Histon and caused problems for Celtic in the last half an hour. He found Urwin in the right place with one effort, gave the ball to Kaine Sheppard to force Urwin into a great save, and then was brought down in the box by Buckley's lunging tackle. Unlike the denied penalty in the first half on Anorou, this was given, and Sheppard stepped up and fired home, Urwin almost reaching it, but Celtic's lead was halved.

There was insufficient time for Histon to make any more in roads, and Celtic held on fairly comfortably clearing the 95th minute Histon corner and taking the three points.