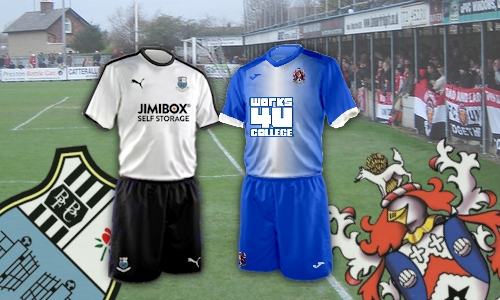 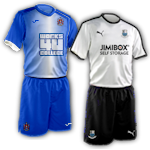 On Saturday, Celtic travel to Bamber Bridge for a league clash (kick off 3pm).

Bamber Bridge are currently eighteenth on twelve points, six places and seven points behind Celtic, having played the same number of games. Bamber Bridge were bottom for a week, below Stafford on goal difference, but a 2-0 win in their last match over Stafford left Stafford bottom and Bamber Bridge out of the bottom three, proving the difference a win can make.

That win ended a nine game win drought, with six losses and three draws since their previous 3-0 win over Atherton. Bamber Bridge have only had one other win this season, a 3-2 win over Ashton in Bamber Bridge’s first home game of the season.

All three of their wins have come at home, away from home, they are yet to find much joy, with only one point from a 1-1 draw away at Buxton at the start of September.

Their nineteen goals this season (thirteen of them at home) have come at a rate of 1.3 goals per game (1.9 at home), and they have scored in every home game, only failing to score in three away matches.

Bamber Bridge's goals have come from seven different scorers though Alastair Waddecar is their danger man with eight of their goals this season putting him third in the goal scorers chart for the league.

Although their problem has been defending, with twenty-eight goals conceded at a rate of 1.8 per game. Only ten of those goals came at home at a rate of 1.4 goals per game, and they have kept two clean sheets at home, though they have conceded in every away match.

We’ve already met Bamber Bridge this season, when they visited Bower Fold a couple of weeks ago in mid-October. Celtic won that game 3-2, thanks to an early goal from Darius Osei and second half goals from Nathan Valentine and Craig Hobson.

Our last visit to Bamber Bridge was last season, when we lost 3-0, having beaten them earlier in the season 3-2 at home. Our visit prior to that was in 2001, there being a long gap when the two teams were in different divisions.

We won that game 2-0 with goals from Tony Sullivan and Dominic Crookes. In the last forty years, we’ve visited four times in the league, winning two and losing two.

It’s traditional for former Celtic players to be in opposition teams, and Bamber have Callum Spooner, Danny Wisdom and James Dean in their number.

A win for Celtic could move us up to sixth, level on points with fifth placed FC United (a really good win could put us in the Play Off Spots), with six teams within reach: Witton, Nantwich, Whitby, Grantham, Mickleover (at home to Witton) and Matlock. A loss on the other hand, sees three teams able to overtake us: Radcliffe and Scarborough play each other, and Hyde (away at Lancaster). Nantwich, Whitby, Grantham and Matlock aren’t playing, whilst Witton and Mickleover face off in Mickleover, meaning the teams below are playing, whilst the teams above are not making a win even more valuable.

From the M60, take Junction 15 onto the M61 North towards Bolton.
Take Junction 9 towards Preston South (M65).
Stay on the M65 to the end.
At the roundabout turn right (exit 1 of 2).
Follow the dual carriageway to another roundabout.
Go straight across (exit 2 of 4) onto London Way.
After about 3/4 of a mile, you will turn right at a third roundabout (exit 3 of 4) onto Brownedge Rd (East) then take first right.
Ground on left at the bottom of the road just past the A6 bridge.