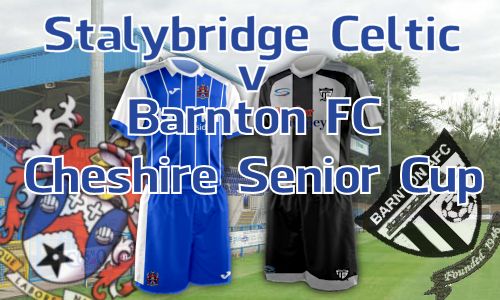 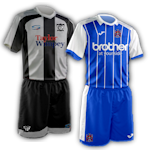 On Tuesday, Celtic host Barnton in the Cheshire Senior Cup (kick off 7:45pm). Barnton have are currently bottom of the Northwest Counties Premier league on twelve points. There will be no match centre but there will be a Twitter feed for the game.

Barnton have won just two games this season, and drawn six, conceding a hundred and fifty goals whilst scoring fifty-three. Their last win was a 3-1 win over AFC Darwen in March, which they followed by conceding eleven goals in two games without reply against Squires Gate and Abbey Hey. They have conceded five or more in seventeen games this season. They got into this round of the Cheshire Senior Cup after being beaten 4-2 by Stockport, who were later disqualified for fielding an ineligible player.

They are more than capable of scoring goals, with Chris Smith scoring twenty-two this season, Chris Bandell also has found the net fifteen times. They score an average of 1.6 goals per game, and concede 3.9 goals per game.

Barnton's last match was last Friday, but due to the number of games Celtic are playing at the moment, this preview was written ahead of that match. In their previous match, the 4-0 home defeat to Abbey Hey, they lined up as:
1. Callum Shuttleworth
2. Derek McShane
3. Niall Ford
4. Owen Dursley
5. Callum Richards
6. Nick Newman
7. George Webster
8. Josh Crofts
9. Sam Houghton
10. Steve Warburton
11. James McShane

This will probably be a run out of the Celtic reserves, given the number of games, and is a free go at winning some silverware this season, so a strong team may be played.