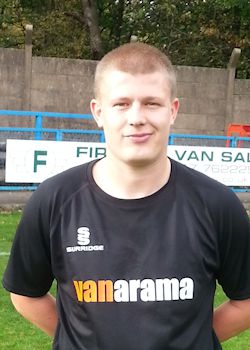 Boasting a one in three games goal scoring record for Kidderminster Harriers, Anthony joins Celtic with something of a massive reputation. He made 96 appearances for the Harriers and scored 33 goals. He only joined Kidderminster from Newcastle Town in 2012, making his scoring and appearance record all the more impressive. Anthony started his career at Derby County, and moved to Port Vale in 2008, where he broke through into the first team, and made three appearances, making his league debut in a 2-1 win over Barnett. He was named the Youth Player of the year at Port Vale in 2009, after scoring 23 goals in the Youth League. In 2010 he was sent on loan to Leek Town, scoring twice on his debut, and also to Newcastle Town, where he scored twice in three appearances. After his release from Port Vale in 2010, he joined Leek Town, and scored ten in twenty-five, and then joined Newcastle Town where he found the net 17 times in 26 appearances. This was enough for Kidderminster Harriers to fork out Ł7000 for him, and he became a firm fans favourite after scoring eleven goals in twelve games to send Harriers to the top of the table, and a final second place finish. This form saw him named in the Conference Team of the year, and get a call up to the England C squad against Russia in 2012.