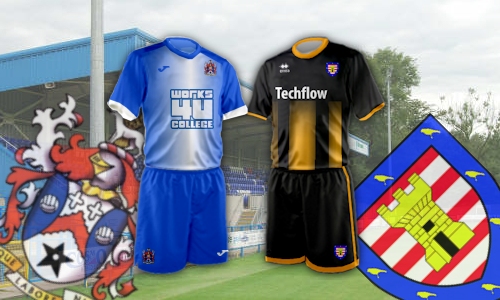 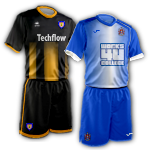 On Saturday (kick off 3pm), Celtic face Morpeth for the first time this season, although, had the game gone ahead on Thursday, it would be the second time! Morpeth are currently eighth in the league on forty-eight points, four places and six points ahead of twelfth placed Celtic, having played five games fewer.

Morpeth have played fewer games than every other team, four or five games behind the rest of the league, putting them in something of a false position. They are currently four points off the top five, and will be fancying their chances of making a late run into the top five despite having to cram so many games into the last seven weeks of the season. They had an inconsistent start, winning four of their opening ten, but only losing two, drawing four. After Christmas, they kicked off the New Year with one win in four, losing three, but since then have gone on an unbeaten run. In their last seven, they won five and drawn two, winning three and drawing one of their last five away games, their last away match was a draw at Matlock. Their last away loss was at the end of January when they lost 1-0 to Basford.

They start each half strongly, scoring nine in the opening fifteen and eleven at the start of the second half, and with ten in the last ten minutes, they finish strongly too. They are scoring an average of 1.5 goals per away game and 1.8 overall, failing to score in three away matches, netting a total of forty-eight (twenty-three away), and have the fourth best attack in the league. Two of their five clean sheets have come way, with their defence conceding twenty-three away from thirty-seven in total, at a rate of 1.5 goals per game (1.4 overall), putting them just outside the top five defences. Joseph Walton is just about leading their top scorer chart with ten, though Liam Henderson is right behind on eight.

Craig Hobson is back from suspension giving the gaffer something of a selection headache.