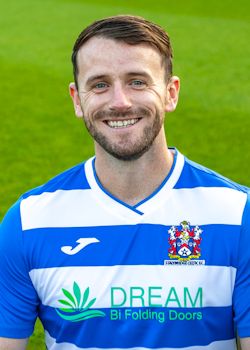 Stephen joined Celtic from FC United of Manchester. He joined Aston Villa in 2003, coming up through the youth ranks to be given a professional contract in 2006. A drop down the leagues in 2012 saw him join Nuneaton Town where he made 37 appearances. He has also featured for Stockport County. Between 2015 and 2017 he was instrumental in helping Salford to two consecutive promotions making 82 appearances. There was a return to Stockport in 2017 for a season, taking his appearances up to 99 appearances before making a move to FC United in 2018. Stephen has made 13 appearances for the Republic of Ireland under 21s, and two for the senior side.

Stephen went on to finish 2nd in the Fans Player of the Year in his debut season for Celtic and re-signed as a player/coach for the 2020/21 season. For the 2021/22 season, he stepped up to become Celtic's Assistant Manager, supporting Simon Haworth.