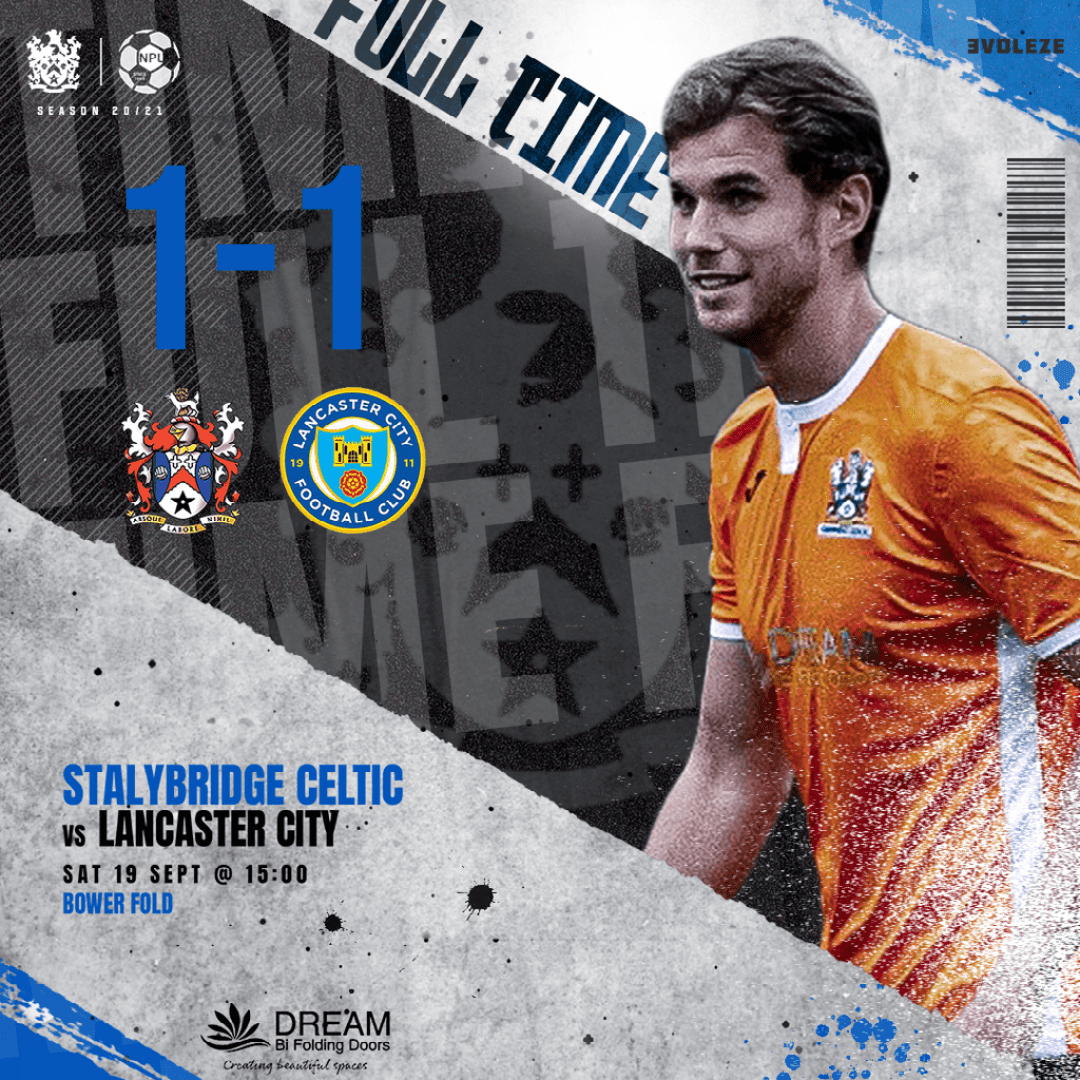 Celtic Held At Home On The Opening Day
By Taran Dhamrait

Celtic were held at home on the opening day of the 20/21 PitchingIn Northern Premier League season.

Charley Doyle's first half strike was cancelled out by Tom Kilifin's header seven minutes from time.

The game started off slowly with neither side really having any clear chances during the opening moments.

However it was Lancaster who had the first chance. On 15 minutes, Charlie Bailey broke free from Kallum Mantack, he cut the ball back across goal into the path of Rhys Turner, he took a touch before firing a curling effort off the crossbar.

The game started to open up, Celtic went up the other end and Doyle struck a 25 yard drive wide of the goal after Mike Burke had chased down a through ball.

Sam Bailey went close for the visitors, sending a free-kick from 25 yards just wide of Tom Stewartâ€™s goal but it was Celtic who took the lead five minutes before the break.

Jon Ustabasi went on a mazy run, dribbling past numerous defenders. Just as he was about to enter the penalty area, he was brought down. The ball then fell to Doyle who took his time before firing the ball past Sam Ashton with a Lancaster defender helping the ball over the line.

Shortly after the restart, Stewart was forced to save a header at close range. Burke was then sent racing up the other end, he managed to take the ball past Ashton but his shot at goal was blocked by a defender ahead of the line.

Ustabasi saw a free-kick from 25 yards well saved by Ashton before Celtic had a cracking chance to make it two.

On 73 minutes, Ustabasi sent Ben Woods down the left hand side with a neat through ball. Woods then crossed towards the back post, Doyle controlled the ball and fired towards goal but his shot was blocked on the line by a Lancaster defender.

The visiting side made it 1-1 with seven minutes to go. Andy Teague delivered a wonderful cross from the right hand side, the ball evaded Stewart and Kilifin was able to head home and rescue a point for Lancaster.