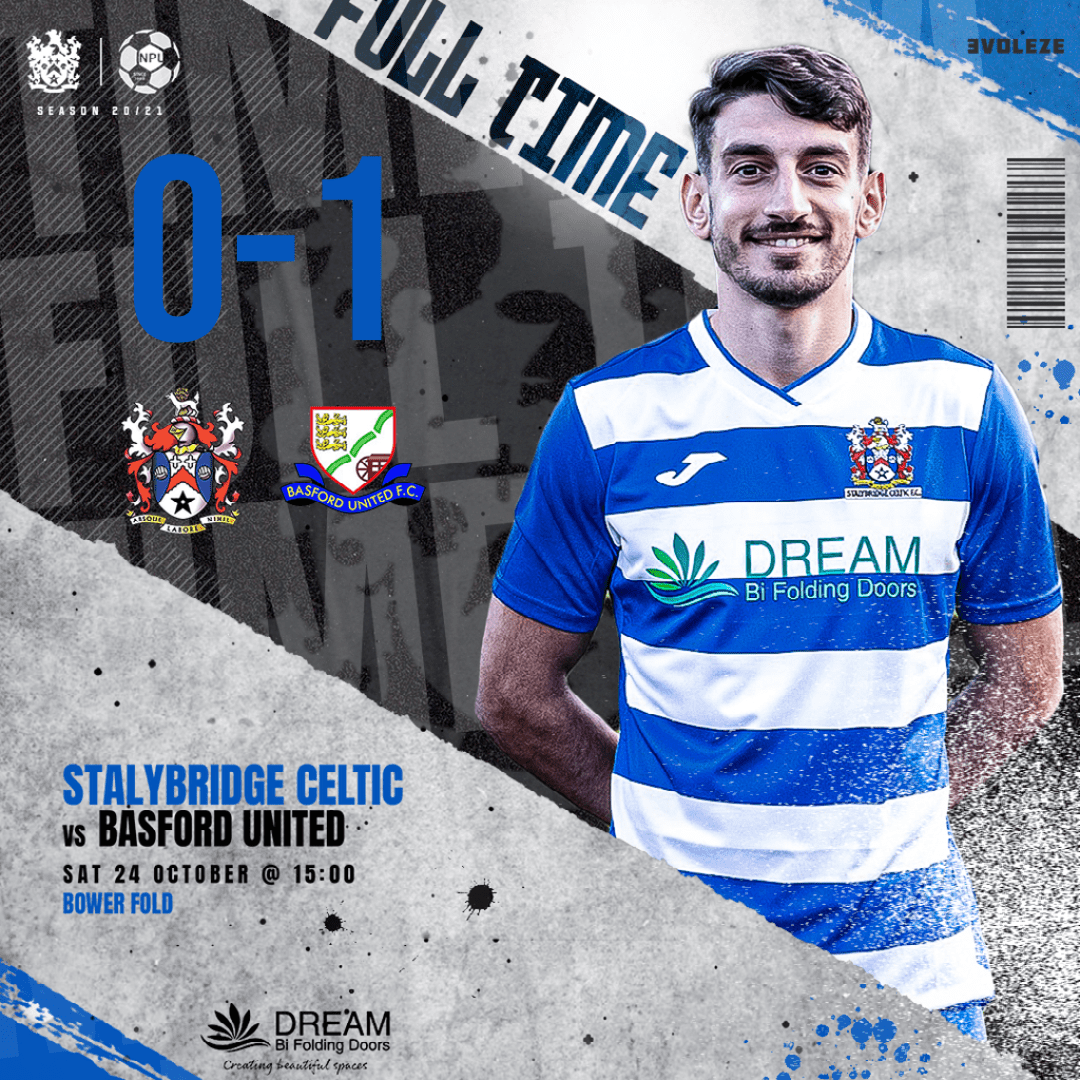 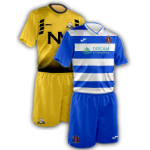 Stalybridge Celtic were unable to find their final touch as they succumbed to a narrow defeat vs high flying Basford at Bower Fold.

Another mistake from Celtic gave the visitors their goal in the 27th minute via Callum Chettle who had their only shot on target of the game.

Celtic dominated large parts of the play but had nothing to show for their efforts against a very good Basford side who defended resiliently.

Celtic who were looking for their first win of the season had the first chance of the game. On three minutes, Jon Ustabasi picked out Nic Evangelinos on the penalty spot, he was able to turn but saw his shot blocked.

There wasnâ€™t a lot else that happened during the first 25 minutes and it took until the 27th minute for the gameâ€™s first shot on target. James Ellison went on a skilful run down the left hand side taking on a number of players, he found Ustabasi who took a touch before firing a shot which was deflected towards goal, Jordan Pierrepont had to be at full stretch to tip the ball over the bar for a corner.

With little to separate the two sides, it was down to another Celtic mistake for the first goal of the game to come. A cross in from the left was not cleared and Chettle was able to finish from just yards out, giving the visitors the lead on 36 minutes.

Charley Doyle saw a header from an Evangelinos corner fall just wide of the far post as Celtic went into the break behind.

Mid-way through the second half, Evangelinos saw a free-kick from 25 yards parried by Pierrepont with Charley Doyle also taking aim from range with his effort deflected behind for a corner.

Celtic had 11 corners during the game but couldnâ€™t take advantage during any of them.

With 20 minutes to go, Basford were reduced to 10 men. Defender Lewis Carr who was already on a booking, brought down Ustabasi who was about to break free through on goal.

The resulting free-kick was again taken by Evangelinos but Pierrepont made another stunning save to deny Celtic.

Celtic threw players forward during the closing stages with Mike Burke introduced off the bench to partner Lewis Salmon up front but apart from a late Stephen Oâ€™Halloran volley in added time, Celtic couldnâ€™t get the ball into the net and Basford took the three points back to the East Midlands.

Celtic wonâ€™t have to wait long to have another chance at picking up that first win of the season with Morpeth the visitors to Bower Fold next Tuesday evening.