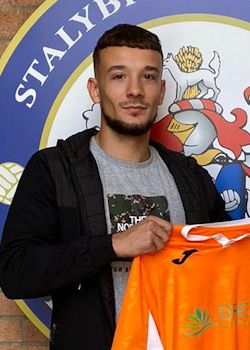 Callum came through the youth ranks of Manchester City, Blackburn Rovers and Wolverhampton Wanderers, eventually leaving the academy system in 2016 when he moved to Germany to join Patro Eisden. In 2019, he moved to Spain to join Burgos FC, with a loan to Real Burgos FC, before returning to the UK in 2020, when he joined the Celts.
Sponsor
Mike Brierley, Keith Smart, Mick Lees, Elaine Baxter
Photographer