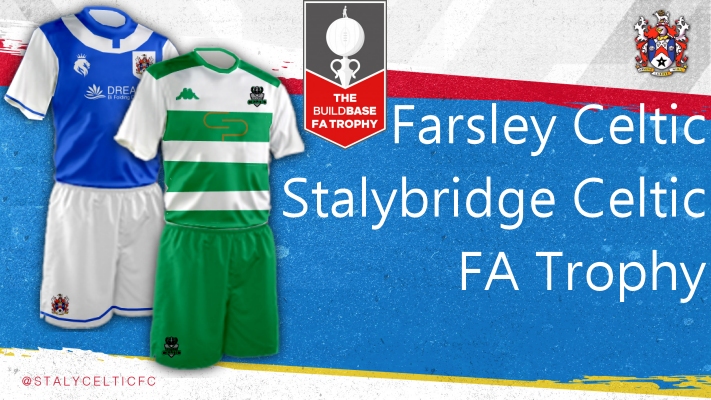 Agonisingly close in the battle of the Celtics
By Deborah Taylor 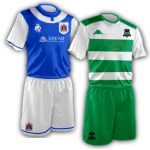 Stalybridge Celtic missed three glorious gilt-edge chances to go through to the next round, instead, losing to a solitary Farsley Celtic goal.

The early running came from Stalybridge Celtic, with Hayden Campbell failing to connect fully allowing Tom Donaghy to scoop up the ball, though Charley Doyleâ€™s rocket from the edge of the box could only be parried by Donaghy, falling into the path of Jake Burton. Burton had to twist and ward off attention from Dave Syers, but got away his shot, the keeper glad to see it fizz just past his far post.

As the half wore on, Farsley took control of the game, with both Luke Parkin and Tyler Walton testing Will Huffer, the Stalybridge Celtic keeper doing especially well on the second to hold onto the ball as Jimmy Spencer came in. Unlike the Stalybridge chances, when Farsley got an opening, they took it. A corner flicked on from the near post out to Tom Allen arriving to apply a stooping header just before half-time.

It took fifteen minutes after the restart, but Stalybridge started to give Farsley an example of what they could do, as they pummelled the home side. It began with a Stephen Brogan cross with both Scott Bakkor and Jake Burton sliding in to try and connect. Had either done so, equaliser. Josh Dawodu carried the ball from the halfway line, cutting inside and unleashing a twenty-yard effort that skimmed past the post, while a great move saw Burton latch onto Sam Wedgburyâ€™s inch perfect pass, but went near post instead of across the face, his shot missing by the width of a hair.

Bakkor twisted and turned his way through the maze of green hooped shirts to get his shot off, only the last-ditch leg of Kien Scales denying an equaliser. From the corner, Keenan Quansah had a free header, but steered the ball the wrong side of the post. Even in stoppage time, Stalybridge were looking for a way through. Dawoduâ€™s perfect cross put Brogan into space, one-on-one with the keeper, but he got under his shot and lifted the ball over the bar, meaning Farsleyâ€™s single first half goal was enough to set them up with a home tie against Southport.