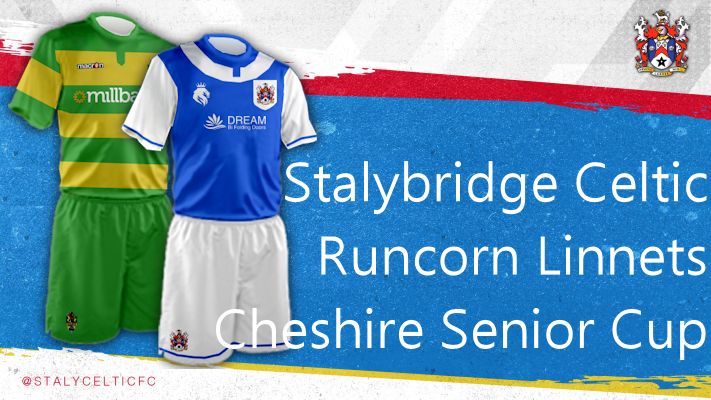 Celtic out of the Cheshire Senior Cup
By Debbie Taylor 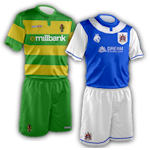 A single, dubious early goal was all it took to put Celtic out of the Cheshire Senior Cup.

That goal came in the opening couple of minutes. From a corner Alex Downes forced his way past Raul Correia, leaving Correia with concussion. However, his headed goal stood, leaving Celtic a goal down and without a recognised striker on the pitch.

It could have been worse after the game restarted when Iwan MurrayÔÇÖs low angled drive had to be palmed just past the post by Liam Hughes, however, Celtic reorganised and Justin Johnson slid up through the gears to get into a great position, requiring Scott Reed to pull off a decent stop in the LinnetÔÇÖs goal. Celtic were not allowed to settle and Thomas Lloyd Marsh-Hughes battled his way past the defence, Liam Hughes, having to be on hand to block at the near post. The rest of the half saw Celtic waves crash on the Runcorn defence, with very little in the final third providing an opportunity. The closest Celtic came was a Johnson chance he put wide.

The second half was virtually one way traffic, without anything to show for it. Stephen Brogan and Sam McLintock both fired over the bar as more and more Celtic players pushed forward. Even with the gaps at the back, Runcorn barely threatened though Celtic also lost Connor OÔÇÖGrady after a clash near the dugouts. Substitute Shane Killock almost had an immediate impact as he got his head on a free kick, but Reed blocked the ball at the near post.

Deep into stoppage time, Celtic finally broke the LinnetÔÇÖs back line and Justin Johnson angled into the box, with only the keeper to beat, Johnson unleashed a shot the curled away from the keeperÔÇÖs fingertips but flew the wrong side of the post into the side netting. ItÔÇÖs unlikely OÔÇÖGrady will feature any time soon, and CorreiaÔÇÖs concussion was serious enough to require an overnight stay at hospital.