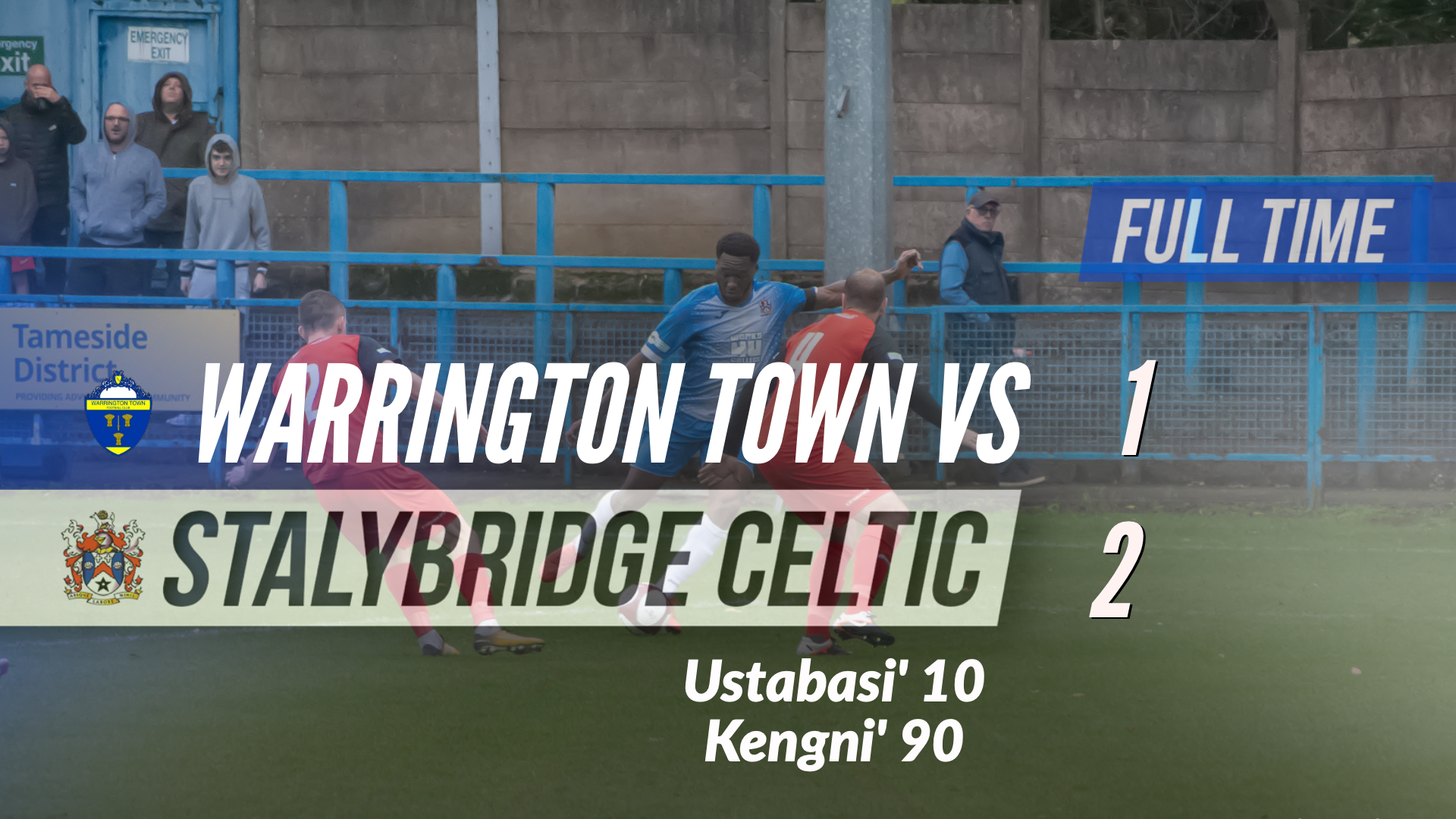 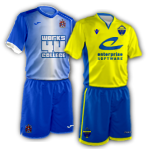 Celtic travelled to Cantilever Park to face Warrington Town. Warrington had won their last two while Celtic had lost last time out to Stafford Rangers at home.

Celtic started the game well and looked to utilise the pace of Darius Osei and Jonathan Ustabasi. The first chance of the game fell to Celtic on 10 minutes. Craig Hobson did well to lay the ball off for Darius Osei who was able to drive forward, he played a through ball into Jonathan Ustabasi who took a touch before firing past the keeper. Celtic were ahead.

Warrington had more of the ball but Celtic continued to look threatening on the counter-attack. Ustabasi tried to return the favour to Osei, but his ball in behind the defence was just too powerful for Osei to reach. The Yellows began to apply pressure on the Celtic defence. On 21 minutes, Dylan Vassallo was sent through on goal, Alex Fojticek was able to make a good save down to his right, preventing the goal but conceding a corner. The corner was taken from the left, the ball was headed towards goal which forced Fojtieck to make a stunning reaction save, the ball bounced towards the goal but Kallum Mantack was able to head the ball off the line. With five minutes before the break, Bakkor delivered a high cross from the right. Hobson rose the highest and sent a header onto the bar and over.

Celtic went into the interval a goal up.

Celtic started the second half on the front foot. Bakkor did well to dribble past the full-back, he drilled a low ball across the face of goal which narrowly evaded a Celtic forward. Celtic then though they had scored a second. A cross from the right was headed towards goal by Ross Dent, the keeper claimed the ball but appeared to drop the ball and possibly take it over the goal-line. The Celtic fans behind the goal though it was in but the linesman wasn't convinced. With eight minutes to go, Celtic could have scored a second. Ustabasi was through on goal, he managed to take the ball around the keeper but with a narrow angle, could only hit the post.

It wasn't to matter as substitute Neil Kengni did score Celtic's second. A long ball over the top found Kengni, he drove towards goal and slotted the ball past the keeper giving Celtic a two goal lead.

Things got nervy in added time. A cross was headed in at the back post and Warrington had a goal back.

With just seconds remaining, a Warrington player went for goal. The shot beat Fojticek but didn't beat Stephen O?Halloran who on the line, deflected the ball away from goal.