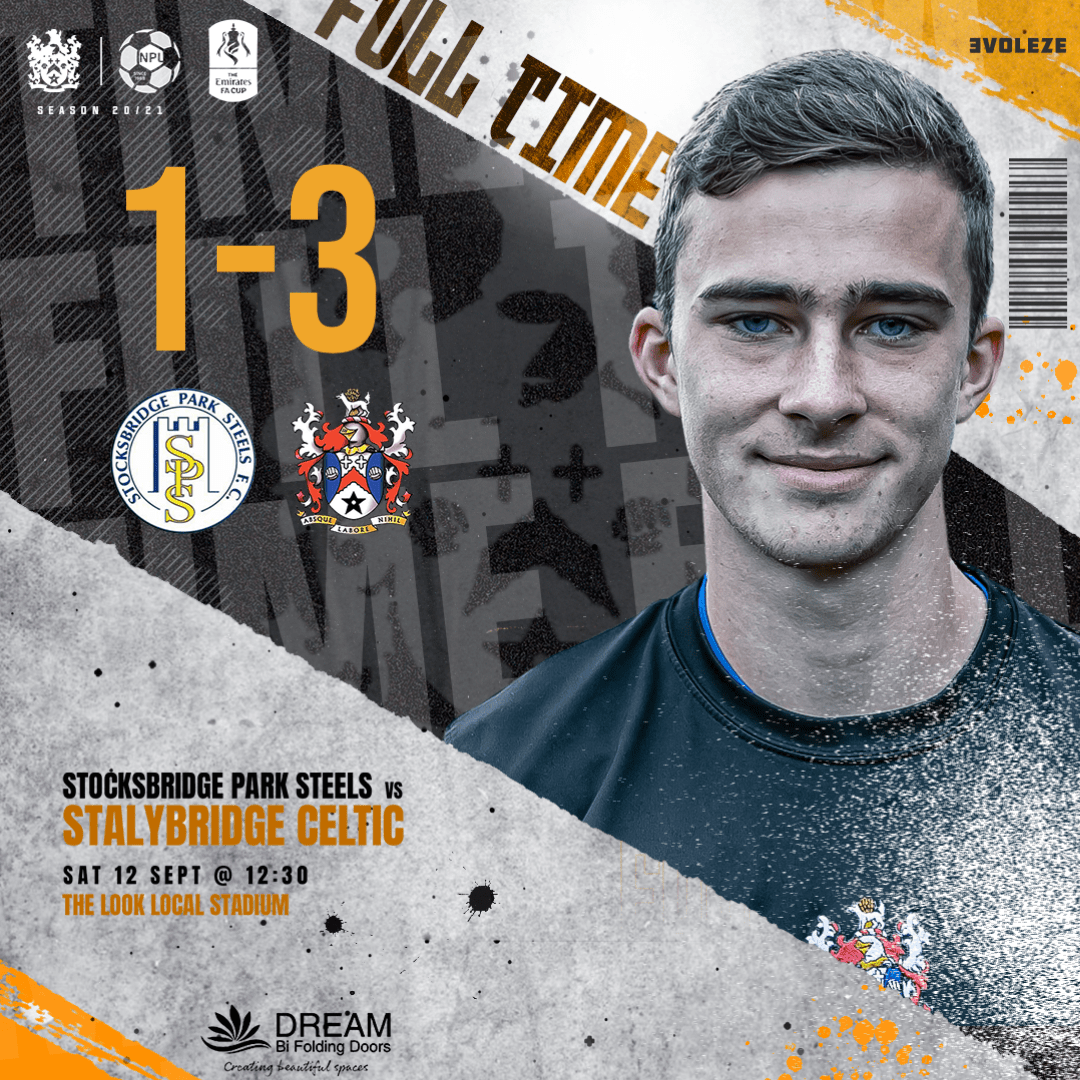 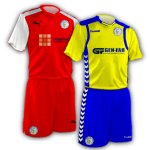 Celtic progressed through to the Emirates FA Cup First Qualifying Round after beating Stocksbridge Park Steels 3-1 at The Eco Power Stadium, live infront of the BBC television cameras.

Mike Burke had put Celtic ahead early on before the hosts scored a cracking free-kick through Scott Ruthven. Krisel Prifti restored Celticâ€™s lead in the second half before Keano Deacon sealed the tie in added time.

Burkeâ€™s opener came with Celticâ€™s first attack of the game. On eight minutes, Kallum Mantack played a ball over the top of the Steels defence, Burke latched onto it and managed to lob the keeper with some skill.

Stocksbridge then began to grow into the game and Tom Stewart had to be at his very best, twice in a matter of seconds.

A Stocksbridge forward sent an acrobatic effort towards goal after a cross, but Stewart was able to superbly tip the ball over the crossbar.

Just seconds later after the resulting corner, a driven shot from 25 yards out forced Stewart to be at full-stretch, parrying the ball around the post.

Stewart was eventually beaten on 30 minutes. Scott Sephton gave away a free-kick just shy of 30 yards. Ruthven took aim, sending a low powerful shot which crept past Celticâ€™s number one and into the bottom left corner.

Celtic nearly went back ahead before the interval. Jon Ustabasi and Burke were both through on goal after a through ball was played, but they both got in each others way and Burke eventually fired just wide.

Celtic started the second half well and were rewarded with a second goal on 59 minutes.

Scott Sephton made a ball winning tackle mid-way inside Stocksbridgeâ€™s half, he then went for goal but saw his shot deflected into the path of Prifti, who smashed the ball past Ed Hall.

From then on, Celtic had chances to extend their lead. Ustabasi sent in a delightful cross from the left, right onto the head of Burke who unmarked, headed just over the bar.

Burke was involved again on 76 minutes, he managed to use his pace to beat the hosts defence to a through ball, he took aim and saw his shot saved. The rebound fell to Charley Doyle, he then sent a shot goal wards which was going in but for a Stocksbridge defender who did really well to clear the ball ahead of the goal line.

Itâ€™s not a cup tie without late drama and there certainly was a few scares for Celtic.

In a chaotic 60 seconds, Stocksbridge smashed the crossbar and then had three shots inside the penalty area all blocked by Celticâ€™s heroic defence.

Celticâ€™s defending was crucial as in the third minute of injury time, Deacon sealed the win for Celtic after cutting inside from the right and firing past Hall.

Celtic were victorious and progressed through to the First Qualifying Round of the competition.

The hosts did put on a very good performance in what was a very entertaining game.

Celtic are next in action on Saturday 19 September in our first league match of the season, at home vs Lancaster City.