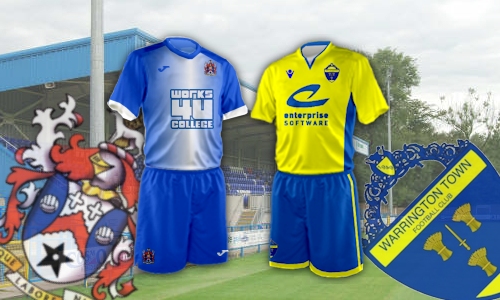 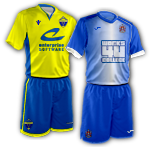 Celtic's post-Christmas slump continues, Celtic dropped out of the top ten for the first time this year against a Warrington side that were gifted an opener.

The first half was almost one-way traffic, with Alex Fojt?ček by far the busier keeper. Early on, he was forced down to his near post to deny Jack Mackreth, before a stunning save to deny Luke Wall's curling and dipping free kick. He got a massive let off when Jordan Buckley couldn't keep his header off Wall's cross down, the ball thudding against the woodwork. He was well positioned just before half time to collect Dylan Vassallo's tame effort. Celtic finally got some gumption just before the interval, with Jonathon Ustabasi unleashing a thunderous right foot that couldn't make it through the marshalled Warrington defence, to trouble stand-in keeper Bobby Jones.

At the start of the second half, Warrington got their noses in front. Isaac Marriott was put under pressure to prevent a cross, but a one-two with Wall caused the pressure to vanish allowing him an age to pick out Jordan Buckley to nod in the opener.

The goal jump-started Celtic and they finally began to play; the introduction of Ethan Walker and change from a back five to a back four gave Celtic more attacking options. Ross Dent went close to equalising with a rising shot from twenty-yards, whilst newly introduced Ethan Walker finally tested the visiting keeper, with a shot across the face that he had to palm away for a corner. Ross Dent was possibly the last person needed to get onto Ustabasi's cross, as he needed another two inches of height to be able to divert it goalwards, instead, spinning the ball wide. Ethan Walker was then on the attack again, curling inside and firing once more across the face towards the top corner that required an excellent flying save from Jones. Tricks from Scott Bakkor and a one two with Declan Walker got him into the box, but he couldn't quite divert his shot on target.

With Celtic pushing for an equaliser, it was leaving gaps at the back, mostly contained by Stephen O?Halloran and Chris Smalley. Mostly. Until deep into stoppage time, and only O?Halloran back in the Celtic half, a looped ball from former Celt, Bohan Dixon freed Josh Amis to thunder one-on-one with Fojt?ček. The Celtic defence were coming back, but not with enough time to deny Amis the goal to make the game safe.

Celtic are currently requiring the opposition to score before starting to play, and this is leaving us chasing every match.