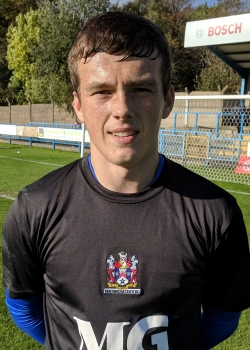 On loan from Tranmere Rovers until the end of the season
Patrick joined originally on loan for a month from Tranmere Rovers where he has come through the academy to make it to the first team, being named for the bench against Maidstone in 2017, and has been on the bench several times since. He has already been sent on loan to Colwyn Bay at the start of the 2018/19 season and on his return to Tranmere made his senior debut in the EFL trophy against Shrewsbury. With Colwyn Bay, he kept a clean sheet to help Colwyn Bay win 1-0 and finished his loan spell there with another clean sheet against Clitheroe. After the departure of Jake Turner, Paddy returns, this time until the end of the season.
Career
Position
Goalkeeper
Born
27th May 2000 (21 years)
Joined
19th Oct 2018
Left
1st May 2019
Last App
27th Apr 2019
Last Goal
Never Scored
Career
Appearances
22
Goals
0
Assists
0
Red Cards
0
Yellow Cards
0
Points
20 / 66
Average Points
0.91
Wins
5
Draws
5
Losses
12
Total Pitch Time
1980 mins
Appearances
Sponsors
Main club sponsor