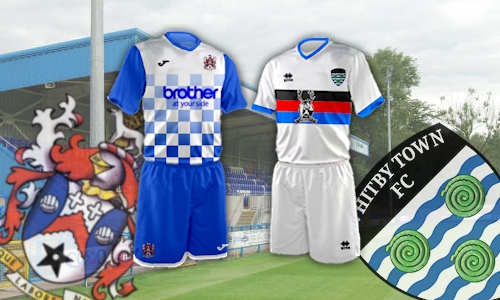 Celtic Lose At Home To Whitby Town
By Deborah Taylor 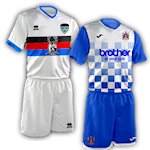 Celtic crashed to a late goal, just when it seemed like the game plan after losing Ross Dent early on was going to pay dividends, recording their third successive home defeat.

The game started well for Celtic, putting the late arriving visitors under early pressure, though Scott Bakkor fired over and Neil Kengni couldn't get any power on his diagonal shot to worry Jack Norton. From a corner, Celtic almost scrambled the ball over the line and Michael Howard's wicked free kick took a slight deflection to put it wide, while the closest Whitby came was a decent effort from Bradley Fewster. After a high, sliding challenge from Ross Dent, he saw red immediately and Celtic aimed to reach the halfway stage without conceding, keeping Whitby at bay easily, and even pressing hard just before the interval, requiring a timely header from Alex White that almost went in his own net as he defended Joshua Solomon-Davies's whipped in cross.

The second half saw Celtic looking to soak up attacks and hit on the break, with it working well though Michael Howard and Glenn Rule couldn't convert their chances. Whitby got a couple of chances, Daniel Rowe with a screamer from thirty yards that was always rising, while Bradley Fewster got behind Douglas Nyaupembe, his shot skipping off the crossbar. After Liam Tongue's header at the back post from a corner was caught it looked like their hard work would be undone as Daniel Cockerline clumsily clashed with Dale Hopson right on the edge of the box during a corner.

Hopson took the penalty himself, sending Paddy Wharton the wrong way, but hitting the post, spinning the ball out to Callum Patton. Wharton had superbly got back to his feet and across the face of his goal to block Patton's low drive. Wharton was flying across his goal again moments later when Hopson tried his luck from twenty yards only to be denied by Wharton.

As the game went into the last quarter of an hour, Celtic upped their game. Having rode their luck and contained the visitors, Andy Scott and Matthew Wolfenden were brought on, immediately causing problems. Wolfenden went close almost immediately, while Mark Lees twenty-five yard skimmer was well wide in the end. Out of the two teams, it looked more like ten man Celtic would take the points, until Whitby pumped the ball long, catching Celtic short at the back. Jassem Sukur whipped a ball to the far side of the box with virtually his first touch, for Matt Tymon to power home.

With only stoppage time remaining, Celtic were desperately unlucky not to earn a deserved equaliser when first Nyaupembe leaped gazelle-like to connect with a corner putting it over the bar, whilst Norton somehow kept out Wolfenden's header at the back post, almost letting the ball slip though his fingers. From that corner, Tongue arrived first, sending his header over the bar when perhaps Cockerline was better placed, leaving Celtic the losing team.