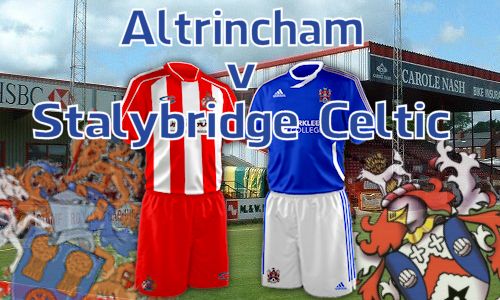 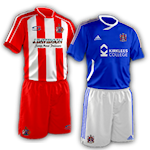 A calamitous d?but from keeper Craig Ellison provided Altrincham with a two goal cushion on which they had the ability and fire-power to build upon.

Inside the first ten minutes a routine back pass was knocked sideways by Ellison with Damian Reeves baring down. Reeves recovered quickly and again closed down Ellison, who's clearance between Reeves's legs fell to Jake Moult, forty yards out by the touchline. It was a tricky shot, but one he executed perfectly.

Seconds after Celtic failed to capitalise on a corner, Kyle Perry fired in a wicked shot from just outside the Celtic box, there was a slight deflection, but Ellison remained rooted to the spot despite it not being an unstoppable shot. Two up Altrincham looked comfortable, and Celtic scared every time the ball went in the Celtic box.

Reeves missed the target when it looked easier to score, and saw Ellison make some amends with a stop that had him twisting back on himself to deny Reeves. Celtic did have a couple of efforts on goal, with Kristian Platt's free kick smashing into the wall and Sean McConville's free kick forcing James Coburn into a good stop. However, it was Altrincham who scored next, Damian Reeves from eight feet out from a corner, and he turned the ball home. Ellison did pull of a good stop flying to his right and plucking Kyle Perry's shot out of the air.

Any hope that Celtic would settle in the second half were swept aside when Jake Moult found Scott Leather who left Ellison stranded as he put the ball home, although Ellison did get to Moult's next effort seconds later, while Celtic looked shell shocked. After Simon Richman added a gloss to Altrincham's dominance with his seventy minute effort Celtic finally got into gear and started to look a little dangerous. Both Sean McConville and Obi Anorou fired over, as did Keith Briggs, before Coburn was called properly into action to first deny McConville with a good stop, and then to deny Anorou with an even better one, but it was far too little, far too late.

Celtic will have to take this one on the chin, and move on.