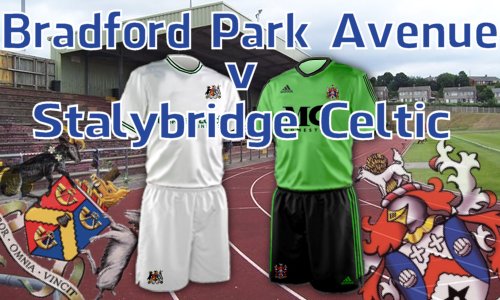 Fighting The Elements
By Debbie Taylor 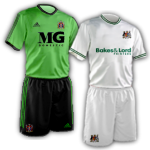 Celtic played into the teeth of a gale in the first half and made zero headway, but even with the wind behind them failed to mount the kinds of attack on the Bradford goal that Bradford mounted on Celtic's.

There were no attempts on goal by Celtic in the first half, and Park Avenue only managed a few themselves, Craig King going close and firing down Tony McMillan's throat. Indeed, Celtic had McMillan to thank during the first half when he superbly palmed away Chib Chilaka's acute angled drive, and positioned himself well for Paul Marshall.

The second got no better for Celtic, with Chib Chilaka seeing his near post shot pushed away. Bradford were the more deserving of a goal, and they duly got it, Craig King lining up his shot when McMillan had narrowed the angle nutmegging two Celtic defenders on route to the back of the net.

Any sign that the goal would spur Celtic on was not evident; it was Avenue that pushed on from the goal, doubling their lead with a straightforward corner routine to the near post where Paul Marshall diverted it into the back of the net.

Celtic's only shot of the game came with just eleven minutes left. fortunately, it was a corker, an Aidan Chippendale inch-perfect free kick ably flicked past the frozen Jon Stewart to halve the deficit.

That should have been the cue for Celtic to go all out. With ten minutes to go, and only a goal behind Celtic do have the moral character these days to turn these situations into wins, but not today. And it was BPA who restored a two goal cushion with only a minute left, Chib Chalaka wrong footing the Celtic defence, and calmly slotting the ball into the bottom corner away from Tony McMillan's reach. The three added minutes just served to leave the travelling faithful cold and wanting it to end.