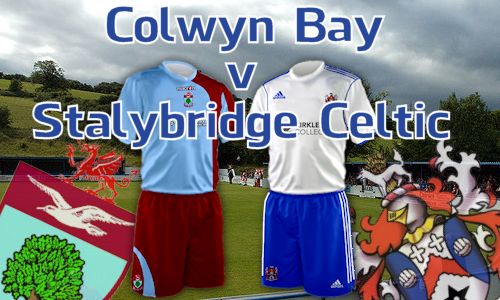 Early contender for goal of the season
By Iain Benson 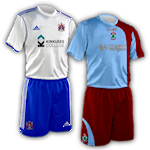 Celtic grabbed their first points of the season against a defensively strong Colwyn Bay outfit, Sean McConville dancing through the box for the opener, and a clinical finish from Oscar Durnin to take all three points after the hosts had equalised just before half time.

The opening half hour saw Celtic have plenty of possession, but no end product, as neither team could create a chance in front of goal. Frank Sinclair had his back four well drilled, and it took until thirty-six minutes before Lewis Hatch laid off Sean McConville and he set off goal-ward. He twisted and turned and slipped past at least four Bay defenders, going one-on-one with Chris Sanna in the Seagull's goals. Sanna committed early, and McConville stepped around him, and finished from an acute angle into an empty net. For persistence and ball control, it's an early contender for goal of the season.

Colwyn Bay hit back within five minutes, Danny Taylor's punishing a rare moment of hesitance from Prince Haywood and playing the ball behind Mark Lees for the pacy, former Celt, Paul Ennis to run onto. Matt Urwin stayed on his feet making it difficult for the nippy forward, but Ennis drilled it low and hard past Urwin and into the far side netting, sending the teams in at half time one apiece.

The second half immediately looked more open, with Celtic passing the ball quickly and decisively. Inside five minutes, Obi Anorou was through on goal. Senna kept to his feet, and Anorou went for an audacious lob, but the ball wouldn't come down, and clipped the crossbar on the way out. At the other end, Ed Moss broke through one-on-one with Urwin, but the Celtic keeper made a fine save with his legs. Moments later, Ennis was trying for his second, but the shot was weak, and Urwin caught it comfortably.

A fantastic run and cross from Conal Platt saw him skin the fullback and put in a peach of a cross to the back post where Kelvin Bleau was arriving, but Bleau couldn't quite wrap his foot around the ball, and it went into the side netting. Tom Buckley got half a yard of opening, but couldn't keep his shot down, whilst Sean McConville's free kick was well caught by Senna, getting down and to his left to keep the effort out.

Jim Harvey made a straight swap replacing Obi Anorou, who had run miles, with Oscar Durnin, and then moments later Conal Platt made way for Adam Pepper. It was to prove decisive. The two subs linked up well, Pepper putting the ball into the path of Durnin. He took it in his stride, past Sinclair and fired low and hard with a simply clinical finish that left Senna no chance.

With ten minutes left on the clock, there was no time for defensive frailties, but Bay were pressing and pressing hard, urged on by their vocal minority. Sinclair powered his way up front, and put his head on Danny Meadowcroft's cross, forcing Urwin into a great reaction save at close range. As time ran out for the hosts, Celtic were forced into defending deeper and deeper as the home side pushed on hard for an equaliser, but Platt and Lees stopped playing it from the back, and took to safety first. With Joel Bembo-Leta on for Pepper, in what seemed to be a tactical sub, he was tasked with holding the ball as far away from the Celtic goal as possible, and it was working until with just moments left on the clock, Ennis almost broke Celtic hearts as he broke through, but Urwin denied Ennis with another very good stop, handing Celtic all three points, and lifting them off the bottom of the table.