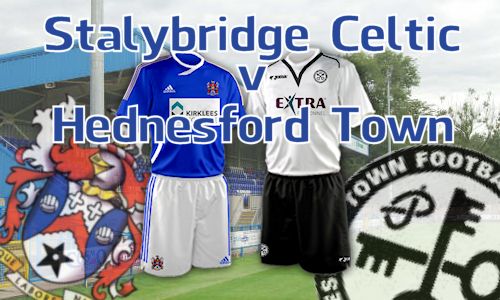 The only way is up!
By Iain Benson 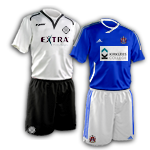 Celtic are left bottom of the table after the opening game saw freshly promoted Hednesford Town score four times, twice from corners, once from a penalty and a deflected effort. In return, Celtic hit the crossbar three times.

Celtic completely missed the towering Francino Francis at the back post from a corner, and he took complete advantage with less than quarter of an hour gone, to head in the opener for the visitors, immediately putting Celtic on the back foot. They could have been further behind minutes later again from a corner, but had learned their lesson, Prince Heywood at the back post to hack clear Neil Harvey's goal-bound effort.

Celtic were playing good possession football, building patiently, if sometimes slowly, and on the half hour mark, Sean McConville's wicked dipping shot was superbly saved at full stretch by Dan Crane. Kristian Platt headed the resulting corner over the bar. At the other end, it was set pieces where Hednesford were looking to capitalise, with the excellent Prince Heywood stopping much of what the visitors tried to create. Ben Bailey's free kick was an easy catch for Matt Urwin, and it allowed Celtic to go in at the interval just one down.

The second half started badly for Celtic, with the otherwise solid Kelvin Bleau attempting to tackle Jamey Osborne in the box, from behind. No question as to whether or not it was a penalty as Osborne crashed to the floor, it was. Hednesford Town's golden boot winner from last season (with 31 goals!), Elliott Durrell, stepped up to take the penalty, and though Urwin guessed correctly, there was too much power for the keeper to keep it out.

Celtic still didn't let their heads drop, and kept plugging away. Sean McConville produced a bit of class and a cracking shot that Crane could only parry. Obi Anorou showed lightning pace to get to the ball first, and shoot on the turn, forcing Crane into an outstanding double save, getting back to his feet to make himself big.

Any progress Celtic were making was cancelled out as they were undone again from a corner. This time, the ball dropping in the mix, with a melee ensuing that Celtic failed to clear at least twice, before Durrell again popped up to prod the ball home.

Celtic were now chasing the game with half an hour left on the clock. After some good build up play, Tom Buckley found enough space to crack off a shot, only for it to smash back off the woodwork. Moments later, and McConville put Anorou through. Crane pulled off a great save one-on-one with the Celtic striker, and Lewis Hatch headed wide as the Hednesford defence all massed around the goal.

By starting well behind the defenders, and waiting for the ball to be clearly in front of him, Anorou finally convinced the assistant that he wasn't offside, easily outpaced Hednesford's defence still, beat Crane to the ball, and attempted a cheeky lob that the stranded Hednesford keeper could only hope missed the target. His luck was in, and the ball crashed back off the crossbar for the second time.

With Celtic chasing the game, gaps were opening, and Hednesford exploited this. Coupled with the chance of a hat-trick, when half a chance presented itself, Durrell took it. His shot from twenty-five yards deflected off Kristian Platt's arse, leaving Urwin heading the wrong way, and it was four-nil to the visitors.

Still Celtic didn't give in, and Adam Parkhouse hit the crossbar for the third time in the game as he whipped in a cross/shot only for it to glance off the bar with Crane nowhere near it. With seconds left on the clock, Celtic were denied a consolation as Anorou tried to turn back the loose ball, only for Crane to stick out a long arm, and palm the ball away, the loose ball now falling to Andy McWilliams who'd made a trademark surge forward, his rocket rising over the bar.

Losing 4-0 left Celtic at the bottom of the table, meaning the only way for Celtic to go now, is up.