Celtic thrash Gloucester by a single goal
By Iain Benson 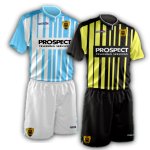 Celtic comprehensively battered Gloucester with the final score hardly reflective of the game.

A scuffed Lloyd Ellams shot through a crowd was an easy first effort for visiting keeper Kevin Sawyer, though he was lucky when Connor Jennings cut in from the angle, and fired into the side netting. In a Gloucester break out, Will Morford was seemingly chasing the ball out of play when Jan Budtz reached for the ball and took Morford for a stonewall penalty. Mike Symons took the resulting spot kick and fired the visitors into the lead.

Celtic continued to play as they had been, totally dominating possession, and it almost resulted in an immediate reply when Jennings fired low from the edge of the box, the shot taking a wicked deflection over the bar. Craig Hobson beat Sawyer to the ball and knocked it past him, only to be harshly adjudged to have fouled Sawyer. At the other end, a free kick was knocked back to Tyler Weir who struck it well, but Budtz was well placed. It was a rare chance for the visitors, who were almost constantly under the cosh, with Sawyer producing a sensation save to deny Jennings, and Hobson's flicked header so close to equalising. Ellams fired on the run over the bar, before his low shot was scooped up by Sawyer.

A goal was obviously coming, and it came from Connor Jennings, coming in on Callum Warburton's ball before nutmegging Sawyer. Warburton's solo effort zipped wide before Adam Kay laid off Ellams to fire in a powerful shot. Hobson had to leap out of the way or be offside, and Celtic were in front. Seconds later and Jennings had one scoot past the post and one in the net but called offside before Adam Kay got a great goal for his great performance latching onto the end of a super move just before half time.

The second half saw Celtic toying with Gloucester, at times stringing together sequences of passes minutes in duration with Gloucester chasing shadows. Kristian Platt forced Sawyer into a super stop at full stretch off a corner and Hobson's first time shot off Warburton's through ball was only just wide. A super run by Jennings left him one-on-one with an advancing Sawyer and Jennings slid the ball under him to give Celtic a three goal cushion.

A backwards pass from Kay saw George Lloyd through on goal, but as the linesman's flag raised for offside, Celtic stopped, and Gloucester didn't, as the referee waved away the completely incorrect flag, Sam Malsum pulled a goal back for the visitors.

Jennings nearly restored the three goal cushion, but for a fine stop from Sawyer, which was put only just past his own post by a beleaguered Neil Mustoe. Jennings met the corner well and headed down, and the bouncing ball went over the bar. As Celtic played keep ball, Gloucester knew that grabbing a third goal would give them a chance, and pressed hard, George Lloyd going one-on-one with Budtz only for the Celtic keeper to make a good stop. However, Lloyd retrieved the ball and lifted it to the back post for Mike Tambling to smash into the net.

It never looked likely that Gloucester would get the equaliser, with only minutes left on the clock, and Celtic would have added the gloss their performance deserved when Lloyd Ellams's shot tipped onto the bar by Sawyer, and Gloucester walked away with a respectable and surprising score line.