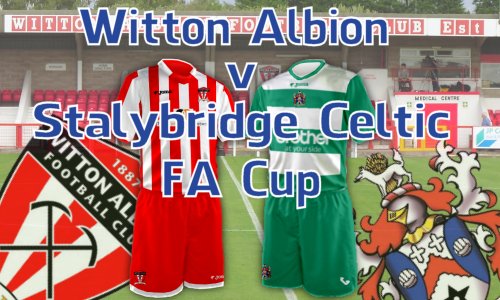 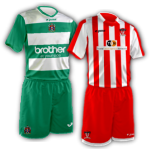 On Saturday, Celtic face Witton Albion in the FA Cup. Witton are currently top of the Evo-Stik First Division South. They have played five and have thirteen points, dropping only two points this season with an away 1-1 draw in their most recent game against third placed Romulus.

Former Celtic midfielder, Prince Haywood will be a familiar face, and is third top scorer at Witton with three goals. Ahead of him are Rob Hopley and Tolanmi Omotola both on four goals each.

The most recent competitive meeting between the two clubs was again in the Cheshire Senior Cup, a game Celtic won, but made hard work of in January 2014. The game finished 3-3 (Adam Pepper, Tom Buckley and Paul Ennis for Celtic) and went to extra time. Sean McConville scored what looked like was the winner, until Scott Bakkor popped up in stoppage time of extra time and scored an equaliser putting the game to penalties. Bakkor then saw his penalty saved, and when the Andy Williams scored Celtic's fifth penalty, we were through.

Witton have already put Buxton and Atherton Colleries out of the FA Cup and are flying in the league. Previous seasons have shown that lower league opposition should never be underestimated.