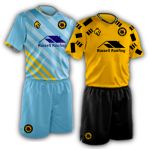 Celtic's inability to turn pressure and possession into goals again cost them dear in this inconsequential cup-tie against lightweight opposition.

Celtic played the first half as if still going through Gerry's pre-match warm-up routine. There was plenty of running off the ball and some firm, crisp passing. But as in the warm-up, no end product.

New keeper Paul Horridge was making his debut and immediately made his presence felt by magisterially racing out of his box towards the half way line to sweep clear a through ball that had splintered Celtic's new-look back line. Horridge shouts loudly, stands tall, and his only weakness on this showing is his tendency to throw the ball to defenders still in their own back third, regardless of whether predatory forwards remain in the vicinity.

For most of the first half though, the German/Keeling centre back pairing was not put any pressure as Celtic dominated. After 6 minutes a Potts cross from the right only just evaded Foster who was seeking to turn it in at the near post. Three minutes later Clegg, Thornley and Mayers were involved in a series of strikes on goal, all of which crashed into a wobbly Prescot defence, bringing no reward.

In the 12th minute Fossie curled a dipping shot just over the bar and only a minute later Clegg struck wide after Potts had pulled an inviting pass back to him on the edge of the box.

Kenny did have the ball in the net in the 17th minute, but bundled the keeper over the line as he was doing so, the goal rightly being ruled out. In the next frantic 10 minutes, Potts hit a thundering drive against the crossbar, Thornley hammered a half volley at a gaping net only to see keeper Thorn spring up from nowhere to deflect it over the top, and Foster headed fractionally over from the resulting corner.

The goal when it came lacked conviction, but was welcome for all that. Following some good approach work from Potts and Foster, Mayers had only the keeper to beat but his poor shot rolled up against a post. Fortunately Wharton was on hand to tap it in, putting Celtic ahead and saving Kenny's blushes.

It could have been 2-0 by half time , the woodwork again rescuing the visitors. A touch of Mayers overhead-kicking magic put Todd clean through on the right , and his scuffed cross in was belted against the near post by Ben Thornley who at this point appeared to throw in the towel, for we were to see very little of him afterwards.

The turning point of this one-sided affair came in the 50th minute. Foster played for and got a penalty, going down like a bag of bean curd after the slightest of contacts. Just imagine it. Foster lining up to take a penalty at the same end at which Eastwood had missed just one week earlier. Time to show Dave Miller who should be wearing the no 10 shirt in the Trophy game on Saturday. Fossie took barely one step back, got his body shape all wrong as he struck the ball, and it rolled meekly straight down the middle into Thorn's grateful hands.

Now there was only one winner. Prescot attacked the Celtic back line and found it sadly wanting. They squeezed through after 60 minutes, but Chadwick was in an offside position when he 'scored'. Sensing danger, Fossie began to lose the plot. He was very fortunate to escape at least a booking for a very late lunge on Paul Clark, then within seconds of that reprieve was at it again right under the ref's nose and earning himself a caution. He started to exchange words and gestures with Prescot's burly defender Lee Prior, and it wasn't long before Miller brought Fossie off. Foster stripped his Celtic shirt from his back before he left the field and headed straight for the dressing room. Not a pretty sight.

Soon after, Paul Horridge was racing well outside his box to slide tackle Lee Cooper who was finding it ever easier to evade a defence that was dissolving in the rain.

The equaliser came in the 74th minute , courtesy of a wretched back pass from Barrie Keeling which put Chadwick in the clear to skip round Horridge and tap in. Three minutes later, it was Dave German who allowed a dropping ball to slip under his boot to Cooper who wasted no time cashing in on his freebie.

The late arrivals of Eastwood, Bullimore and Smith altered nothing. Celtic never looked like scoring.

Home performances like this are driving away supporters ( attendance of 196 tonight ). I know that this is pointless shouting into cyberspace, but he who has ears to hear, let him hear.