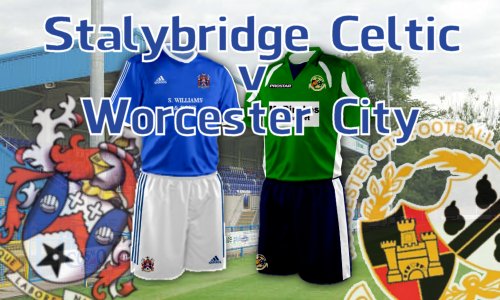 One Mistake Means No Points
By Debbie Taylor 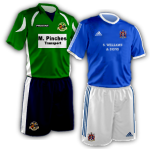 In an even match, one mistake at the back for Celtic was clinically punished, giving Worcester a goal advantage that they held onto, with the woodwork preventing it being the draw it perhaps should have been.

Worcester played a tight game in the first half, perhaps recovering from their mammoth match midweek when Scunthorpe saw them out of the FA Cup on penalties. They created very little, but denied Celtic any chance to create either. Todd Jordan did get his head on a Charlie Ennis free kick, but headed narrowly wide of the post, whilst Ellis Deeney came closest for Worcester in the first half with an effort from easily forty yards that did well to reach Lewis King. The best of the chances fell just before the interval, Scott Kerr firing wide from distance, and Ennis forcing Nathan Vaughan in to a scrambling save off a free kick that evaded everybody in the box and would have crept in the back post, but for Vaughan's reactions. Vaughan followed this up with a good block off a thunderous Liam Dickinson effort, which swerved several times in the air, to keep the scores level at the interval.

Celtic started the brighter in the second half, with Ennis firing straight at Vaughan after he?d squirmed through, followed up by a surging run and shot that looked for a moment to have gone in, but instead bulged the side netting from the outside. Matty Hughes got his head on a corner, but Vaughan was well placed.

Cue the Celtic mistake, a lack of clearance, aa bit of skill from Daniel Nti, a wrong footed defender and a simple ball across the face for Mike Symons to come in onto slightly ahead of Kelvin Bleau and give the visitors the lead.

Celtic still looked the brighter side, and a neat interchange between Ennis and Dickinson freed Ennis to run in on goal and unleashed a dipping swerving shot that cleared Vaughan and was destined to equalise for Celtic, until it hit the underside of the crossbar and somehow bounced the wrong side of the line, allowing Worcester to clear. Substitute Aidan Chippendale was proving a menace after he came on, and almost got the equaliser as he surged in from the left and fired across Vaughan towards the back post, missing by scant inches, and Matt Regan fired in from outside the box but missed by a sizeable margin.

It was an even game in terms of performance, but again the mistake at the back combined with the lack of goal left Celtic empty handed.