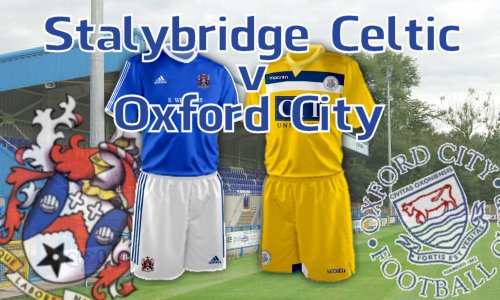 Deeper Into The Mire
By Debbie Taylor 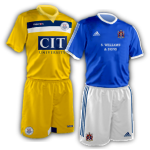 The gap between Celtic and safety increased after Tamworth won, and Celtic were beaten by an Oxford side willing to take chances to get goals, although Celtic will look to injuries and illness, there was still a general lack of goal-bound efforts.

Early doors, Oxford showed their willingness, with a powerful strike from Adi Yussuf, bringing a sparkling save from man-of-the match goalkeeper, Lewis King, before Paul Stonehouse tried his luck from distance. With Celtic still looking unadventurous, it was no surprise when a sweeping move from the visitors undid the generally okay back line for Celtic, Marlon Jackson's pin-point pass to Yussuf, who still had to beat his marker before firing low past King.

The goal woke Celtic up for a while, and they pressed hard, winning a corner that was only half cleared. Liam Dickinson, filling in at the back for Matt Regan, got a glancing header on Aidan Chippendale's ball back into the mix, but flashed it the wrong side of the post of the cursed goal. Holsgrove got on a fine Ben McKenna cross with a scissor kick, and saw the ball fly over the bar, whilst Ben McKenna took on the Oxford defence, beat them and fired at an angle, but Salva De La Cruz was alert and agile enough to get down and get a palm to the ball, to divert it for a corner. Celtic worked the corner well, but the curse of the Lockwood and Greenwood goalmouth continued and Liam Dickinson's rocket of a shot flew narrowly wide.

The second half almost started by Oxford doubling their lead, but for a last second block from Oliver Crowley as Adi Yussuf got some space to fire in from the edge of the box. At the other end, Kevin Holsgrove twice went close, but De La Cruz was well positioned both times, whilst Liam Dickinson headed wide of the mark from Chippendale's excellent cross.

Any chance Celtic had of getting anything from the game vanished when Adi Yussuf found himself in acres of space for a long ball over the top, onside and with plenty of manoeuvre room, one of the league's top strikers needed no more invitation, and slotted the ball past King and doubling the lead. It could have been worse, as Oxford looked for a third, but Celtic defended well to keep them at bay, although both Filipe Barcelos and Darren Pond seeing shots blocked.

With ten minutes left, and Oxford content with a two goal cushion, Chippendale got a good chance, but fired near post, and De La Cruz wasn't going to be beaten there, whilst Ben McKenna's effort required a decent stop from De La Cruz, preventing Celtic from scoring for the second game in succession.