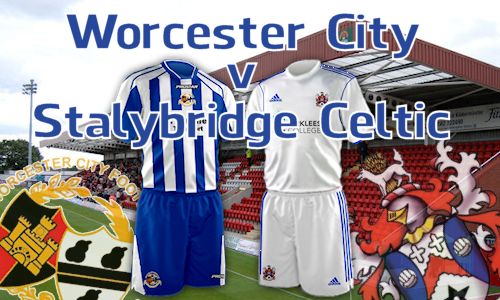 Down But Not Out
By Mike Brierley 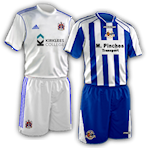 With fixtures running out fast, Celtic travelled to Worcester City, temporarily exiled at Kidderminster Harriers, in a bid to secure a much needed three points and ease any potential relegation fears.

Going in the game, following a decent showing in their last outing and with a number of newer faces in the side, hopes were high that a positive result could indeed be secured from the match.

However, it was Worcester that had the better of the earlier exchanges, although Celtic could count themselves rather unlucky that a bad challenge on Buckley was allowed to go unpunished.

It therefore perhaps came as little surprise when Nti was able to beat the Celtic rearguard for pace and lob over the advancing East to give Worcester the lead.

Celtic were able to adapt well to the setback and Ennis went close with a free kick before a second opportunity, moments later, allowed him to level the scores shortly before half time.

Although at no point did either side take control of and dominate the game, the balance of play was marginally in the favour of Worcester, whilst Celtic managed to waste their best chance, in which either Bembo-Leta or Anoruo, could have done better from a free header.

The game was sealed when Williams was afforded time and space to head a cross in off the post and secure all three points for Worcester.

Celtic, in truth, could have got something out of the game and whilst the panic bells are not ringing just quite yet, the number of games in hand that potential relegation rivals do have could soon become a big worry.

However, there remains enough time and opportunities to turn things around.