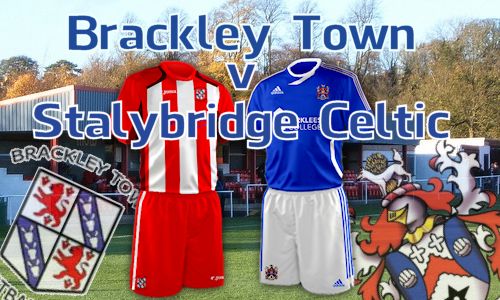 Beaten by the better team
By Iain Benson 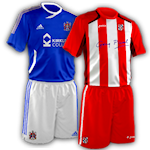 Sometimes you just have to hold up your hands and say you were beaten by the better teams, and that was the case against Brackley.

From the off, it was clear that Brackley were fast and strong, and they scored with their first attack, making it look simple. Brett Solkhon curling a ball into the path of Steve Diggin who held off Kristian Platt in order to fire in a low curling shot that Matty Urwin just could not reach.

Celtic did get into the game, forcing Billy Turley to exclaim at his players ?Tighten up, they?re killing us!? However, despite playing well, with Joel Bembo-Leta playing a free role through the middle of the park, and excellent passing and movement from Celtic, the defensive line of Brackley could not be breached. There is a reason that Brackley have only conceded one goal this season, and Celtic did not look like adding to that. The closest that Celtic got was a great move that culminated with Anorou latching onto a low cross into the box, forcing Turley into a good, but unnecessary save as Anorou had been caught offside.

Chances did start to emerge in the second half, Greg Wilkinson trying to catch Turley off guard with a quick free kick from forty yards out, but Turley was alert, as he was on the hour mark when Sean McConville forced Turley into his first proper save of the match. That was nothing compared to the quick reactions and bravery, denying Anorou from point blank range after Bembo-Leta laid off to the Celtic striker inside the six yard box.

Brackley had soaked up everything Celtic could throw at them, and then broke with deadly effect, moving the ball so quickly up the field, substitute Gary Mulligan getting to the by-line and pulling the ball back for Steve Diggin to tap in from close range. Glenn Walker was then denied from duplicating the move, with a fine stop, whilst at the other end, Wilkinson's twenty yard looping effort was a simple catch in the end.

With five minutes left Mulligan once again unlocked the Celtic defence by out muscling Mark Lees and Andy McWilliams before finding Diggin who collected his hat-trick again from close range, completing a comprehensive job on Celtic.

There's no question that Brackley will be up there at the end of the season, though Celtic did hold their own for large periods meaning the score-line flattered Brackley somewhat, they were undone by clinical finishing from the home side coupled with an unbreakable defensive performance.