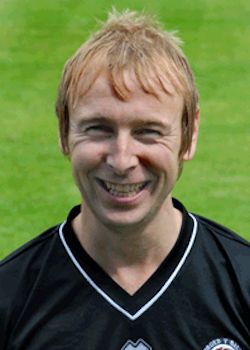 Former England Schoolboy, Mark is currently playing for Rhyl in the Welsh Premier League. He started his career at Everton, and on his release joined Bolton Wanderers, from where Celtic signed him. After three seasons in a Celtic shirt, he joined Winsford, before moving to Wales to join Rhyl (with whom he played in Europe) for his first stint, with New Saints, TNS, Cefn Druids, Conwy and Bala Town in between.
Photographer