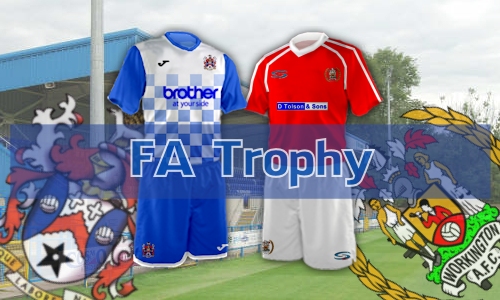 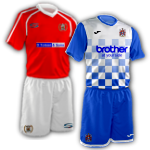 The first half was end to end, but the second half was largely a non-event, leaving Celtic out of another cup competition at the hands of Workington.

Matty Wolfenden had the game's first chance, curling in onto Scott Bakkor's cross, forcing Aaran Taylor into a reaction save from close range, the ball then cleared off the line by Niall Cowperthwaite as it came back down to Earth. Moments later and it was Workington's first chance after a rare mistake from Glenn Rule allowed Conor Tinnion to snatch the ball and find Scott Allison on the edge of the box. Allison turned and fired low into the bottom corner, just beyond returning keeper, Jake Turner's fingertips.

The lead didn't last long, a through ball from Liam Tongue found the Workington backline failing to communicate, Taylor's attempted clearance hitting Dan Wordsworth and gifting Chris Sharp his second goal of the season in the last two games. It should have been Celtic taking the lead when Scott Bakkor was about to burst into the box to go one-on-one only to be upended. It was a lucky booking for Sam Smith, who could have seen red. As it was, Tongue's free kick needed some last ditch defending to deny Tongue.

As it was, it was the visitors who edged ahead, Danny Brady mistiming his tackle in the box to leave Jason Walker limping. Allison took the spot kick; though Turner went the right way, he couldn't quite reach the ball low into the bottom corner.

Brady nearly made amends ten minutes later when he got head Tongue's corner narrowly wide and right at the interval, Michael Clarke got his head onto Tongue free kick, but though it cleared the keeper, it clipped the top of the bar and Workington went into the break in front.

Workington looked to cement their lead at the start of the second half, but Tinnion's effort from twenty-five yards was comfortable for Turner, but the match turned comfortable for the visitors when Rule's two-footed tackle had him seeing red. It was mostly Workington after that; who were in no particular hurry. Walker four times had half-hearted efforts that Turner caught easily, whilst the closest Celtic came was in the last ten minutes, throwing people forward, when substitute Neil Kengni had a wicked shot deflected for a corner by Wordsworth.